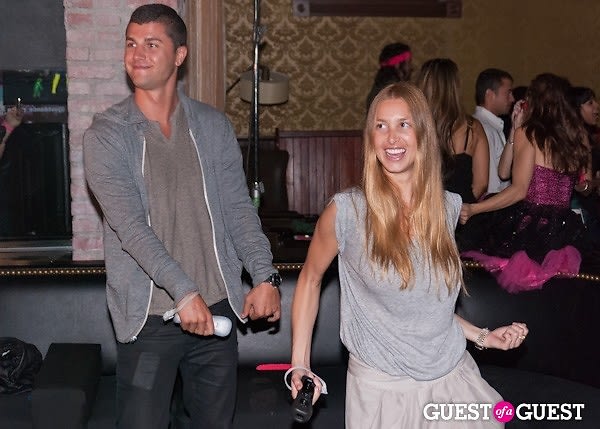 Go HERE for more photos by Matthew Sarpolus and tag yourself and your friends!

Reality TV starlet hosting? Check. DJ whose name you've heard before and probably seen numerous times but can't remember? Check. Hollywood nightclub you frequent as the venue? Check. Bartender who was on "The Bachelorette"? Check. All the essentials for a release of a new video game were accounted for at the launch party for Ubisoft's Just Dance 2 for Wii Wednesday night at Las Palmas.

Robby and the other bartenders looked straight out of an Eric Prydz video as they served up h.wood tea and special cocktails to Brandy, Ray J, Joe Slaughter and Rick Malambri (overheard saying he was not going to do anymore dance films, probably so he can pursue his serious acting career and play someone who broods or something equally indie) of Step Up 3D, and virgin drinks to underagers Josh Moore of "Desperate Housewives" and the oh-so-adorable Ariel Winter (who brought her mom, how cute is that?! #necessary) of "Modern Family". We also found our favorite new food item ever. The “quesadilla cone.” C’mon, the melange of two classics, the quesadiLLa, and ice cream? You really cannot go wrong there. 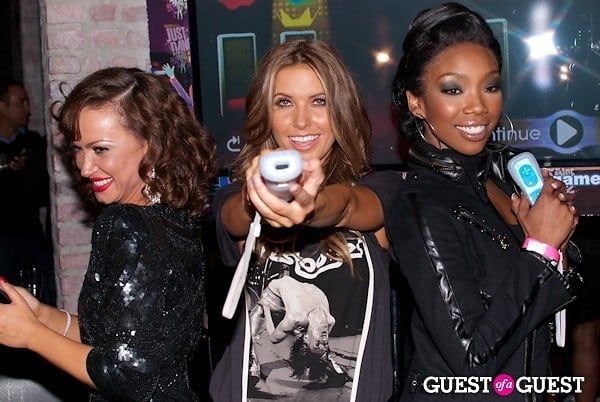 Hosted by Audrina Patridge who arrived several hours late, naturally, celebs and guests were treated to Just Dance 2 consoles and plasmas set up throughout Las Palmas which they took full advantage of. Seriously, like hogging the stations and getting really into the game; this was a rare moment for Hollywood events where people weren't too cool to get down and act like fools. Reid Ewing and Ariel Winter were the first up, and even while waiting his turn for a next shot at the game, he kept up his groove on the dance floor rocking a bright blue sweatband. 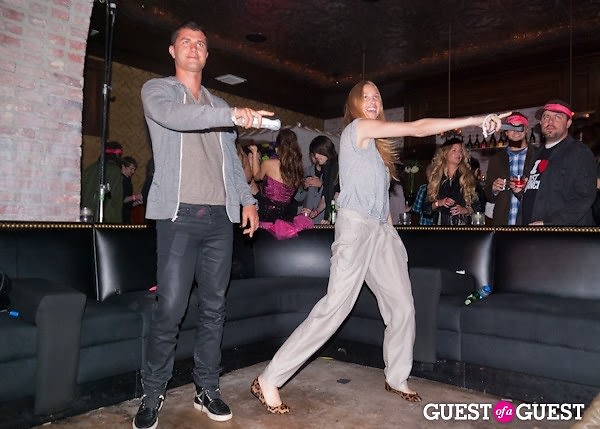 Other notables seen busting a move at the game stations, Amber Lancaster, the lovely Whitney Port who challenged boyfriend Ben Nemtin to a dance off, and Harry Shum Jr. from "Glee". Former castmates Audrina and Whitney made sure to wait until all the cameras were on them to have their nauseatingly sweet reunion in the DJ booth while Audrina took a stab at the turntables. Funny thing is, they had both been at the party for over an hour. Oh reality, must you be so FAKE? 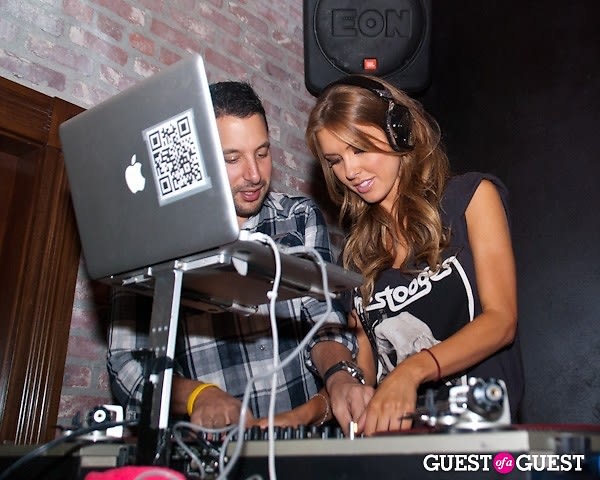 The person we were most excited and most surprised to see amid the sea of reality stars and tween heartthrobs was none other than "Mad Men's" Rich Sommers, a.k.a. Sterling Cooper Draper Pryce's head of media Harry Crane. Not only was he fully immersed in the silly young scene and sampling drinks left and right, but also partaking in the game. Like, in a big, big way. I mean just look at him. Kind of priceless. 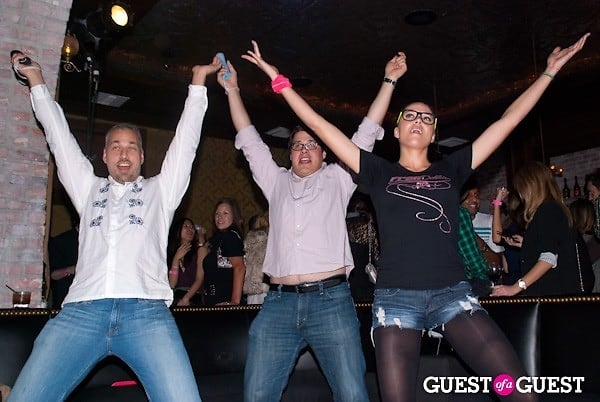 So was not caring what you looked like for fun's sake a mistake? We think not. It’s okay to not look cool every once in a while. And it was nice to see people actually dancing at an event instead of that weird stand-still thing white people do being all awk and ish.