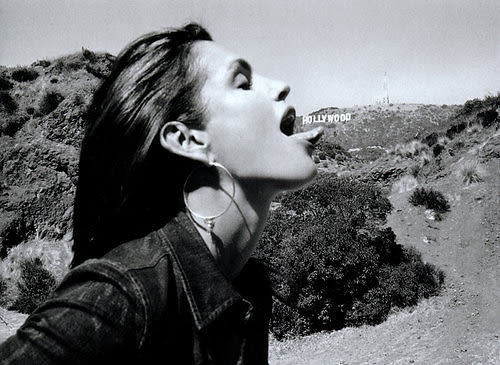 Yesterday, our NYC office decided to enumerate the reasons they're glad they don't live in L.A. citing the many aspects about their hometown they feel are superior. Did we detect a hint of bitterness in their words written from the office they're holed up in to keep warm in the city's chilly 50° temps as we read them outside in a t-shirt next to the pool? Absolutely. We're used to the slights and put-downs about L.A. from jealous parties, but in this case we felt compelled to respond accordingly. [Photo via]

We polled some once pasty ex-New Yorkers now living here who have since achieved a healthy golden glow and compiled our own list of reasons we're glad we don't live in NYC and are fortunate enough to call L.A. home. 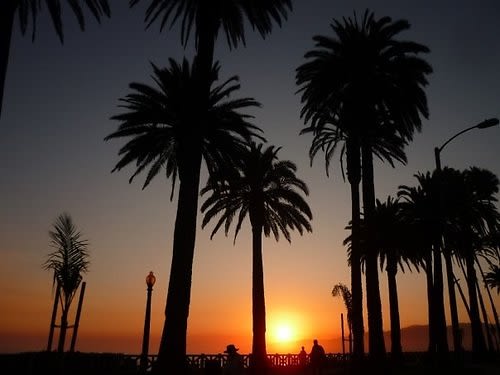 1. Because I'm writing this poolside from my backyard, wearing my GAP floral print boxer shorts in November.

As much as New Yorkers claim to love the seasons, Ugg boots and coats are a necessity for them, and merely a matter of fashion taste (however misguided) for us. Our beautiful 72º average and endless sunny days grant us freedom from the issue of outerwear, and whether a place has a reliable coat check doesn't dictate where we choose to go out at night. It's got to sting for NYC when we're having outdoor holiday parties while they're laying on the floor of the American Airlines terminal at JFK because they're grounded waiting for the blizzard to pass. [Photo via]

Rent for a New York City apartment with a makeshift wall dividing the one bedroom with a cockroach problem into a "double" for you and your roommate could get you a lovely hardwood floor apartment twice the size that is actually one bedroom—not a studio—in a quaint area of West Hollywood. Because the dollar gets you so much more out here, L.A.'s first-year assistants don't have to live like college freshmen even though their yearly salary is $10-15k less than the NYC third-year junior publicist who's about to get promoted. 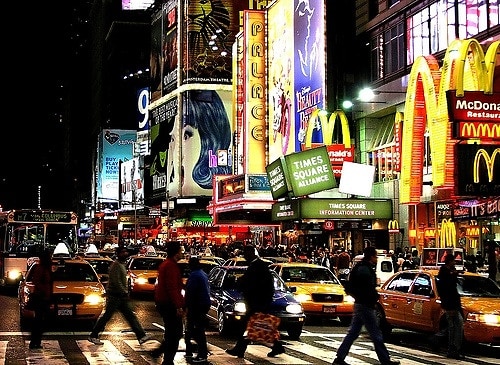 GofG NYC's reason that Silver Lake's moody hipster quotient is more obnoxious than Williamsburg's is a matter of opinion and we'd counter the opposite. But that doesn't even matter since NYC has Times Square, which is arguably the most obnoxious place on earth. [Photo via]

A few days ago, our governor said "I mean, no one cares if you smoke a joint or not" with regard to California's marijuana laws. Being caught with up to an ounce of Cali's finest now carries the same weight and consequences as a speeding ticket. On paper our laws may not be much different from NYC's, but the general regard for possession of weed here is very lax and the frequency of Los Angelites between the ages 18 and 40 of who are members of the Cannabis Club, or are supplied regularly by a friend who is, is comparable to that of those who are lefties. Even with the shutter of hundreds of shops after the city ordinance passed in June, there are still plenty within a reasonable distance of any given location. Plus, everyone knows our sticky green, which is indeed sticky, is of the highest quality.

5. Everyone likes "Entourage" better than "How To Make It In America".

6. In Response to GofG NYC's #6: The only reason there was a hit primetime MTV show based in NYC was because Whitney Port moved there from L.A.

"The City" was probably more respectable than "The Hills." I stopped watching after season 1 because I was bored so I'll take Chiara's word for it. But guess who brought "The City" to NYC? Whitney Port, who is also a 100% born and bred product of L.A. So you're welcome, New York. [Photo via] 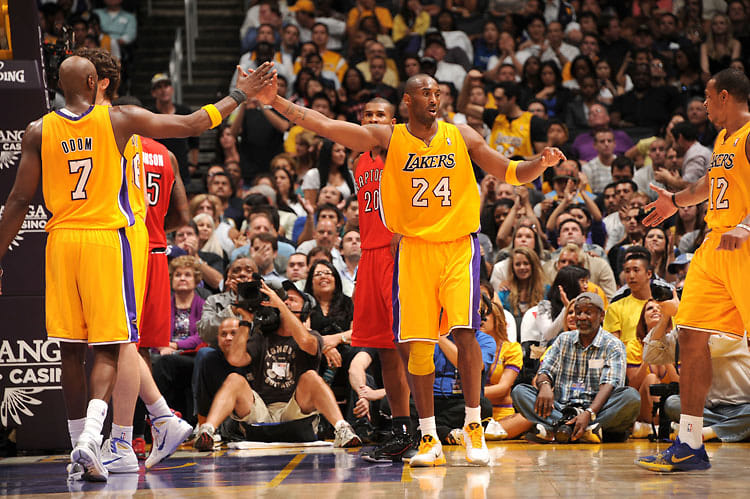 Need we say more? Okay fine. They're only the best franchise in the NBA, with 16 championship titles, two of which they won the last two years in a row. Kobe. Pau. Derek. Artest. Bynum. Plus Lamar and Shannon, not to mention Phil mothereffing Jackson. It's widely accepted that attending a Lakers game is an exceptional experience, even for someone who isn't into sports since the crowd of Lakers fans is by far the best looking of all the teams in the NBA and the chances of seeing Leo, a Beckham or your favorite rock star, in addition to Jack Nicholson, is a guarantee. The Knicks? Whatever. I prefer my players not be butt buddies with Anna Wintour. This is the NBA, not tea time at Bergdorf's. VIVA LOS LAKERS!!! [Photo via] 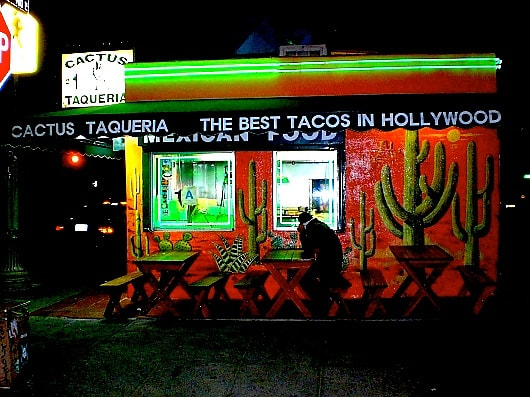 8. Our Mexican food is actually made by Mexicans.

Not Puerto Ricans. And it's delicious. Great Mexican food can be found in L.A. as easily as a greasy slice of pizza in NYC. And our Mexican establishments would never run out of avocado. That would be blasphemous. In fact, avocado is plentiful here and served at almost every restaurant, on top of burgers, in salad, omelets, you name it. [Photo via]

9. Because you can live in the same place for years and never once have an encounter with your neighbors.

Literally. My family has lived in the same house for 20+ years and no one's ever met two of the four surrounding neighbors. It's awesome. In NYC you have an intimate knowledge of what your neighbors are up to whether you want to or not. Generally you don't want to. PS: it goes both ways; they know about all of your shit too.  And then you have to interact with them in the elevators and stuff. Awkward.

And our reason we sometimes wish we lived in NYC:

We think we speak for all Angelenos when we say that it would be so nice not to HAVE to drive a car. Especially when we want to go out and drink. It would also be nice if our nightlife didn't have a citywide 2am curfew.