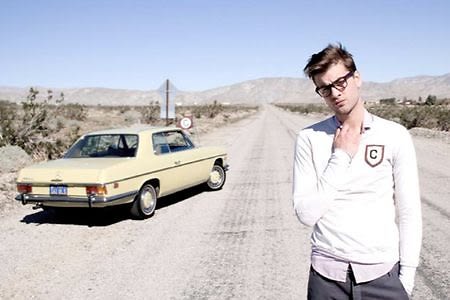 [photo via] The Los Angeles Times recently published an article citing where the go-to spots for West coast preps are. For a lot of Los Angelenos, the article aroused an AH-HA! moment, pointing out preppy items that have been before our eyes for years.

For others, it was a jumping off point. The article sketched an image of Los Angeles preppiness, but neglected many, many areas that are distinct in their preppiness. Even though some may be as obvious as a starched popped collar, we wanted to expand upon the Times’ work to reveal a few more places that bask in their preppiness.

Obviously, Larchmont Village and Hancock Park are deemed the “largest cluster” of preppiness. Even as the article points out, one cannot be too far from his or her respective country club!

That being said, not everyone needs a country club. Some just need to be close to the beach or the mountains—a lot don’t want to feel like they are in Los Angeles at all. Three neighborhoods that are easy to gloss over are Los Feliz Village, The Oaks/Franklin Village, and Abbot Kinney.

From the strip onward into the hills, Los Feliz Village has long since provided Hollywood’s elite with their own community they needn’t stray far from. The Oaks/Franklin Village, Los Feliz’s petite neighbor and fellow Old Hollywood 'hood, has recreated the feeling as well with a self-sustaining community for residents to be able to eat, drink, and play not too far from home. Abbot Kinney, although on the Westside, is a distant cousin to these neighborhoods. Many mid to late thirties Yuppies and preps find themselves mulling over this tough decision: hills, hills, or beach? 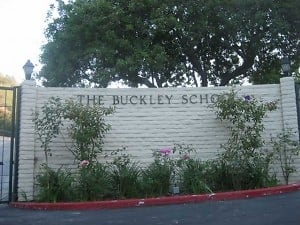 Of course, Harvard Westlake is an easy pick for preppy West coast schools. With a name like “Harvard Westlake,” we wouldn’t be surprised if we had to pay to just say the name.

Beyond that, though, are some very, very fabulous and competitive schools, whose alum have gone on to be successes and attend schools like Georgetown, Columbia, and—you guessed it—Harvard. Most importantly, one cannot neglect The Buckley School, which sent off one time BFFs Paris Hilton and Nicole Richie on their merry ways. The school also produced the most notorious prep satirist, Bret Easton Ellis, whose pen even sketched Los Angeles upper class lifestyle. Don't get any more preppy than that. 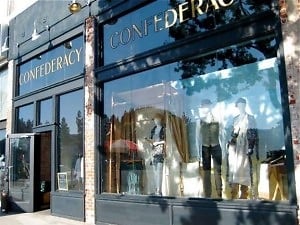 Yes, Band of Outsiders is fabulous and, yes, Rodeo’s polished prestige will doubtlessly attract the affluent and prepped; yet, a lot of times, people do not want to stray too, too far from their neighborhood to find good fashion.

Confederacy, under the guidance of Danny Masterson and Ilaria Urbinati, has brought a new sense of prep to Los Angeles, providing a Rugby-Meets-New-York-Fashion-Week aesthetic. Lost and Found Etcetera, although a bit eclectic, provides a great outlet for all (especially children). Fred Segal, Creatures of Comfort, and Opening Ceremony have both the “small world under one roof” mentality and are the one stop shops for rich hipsters and preps alike. 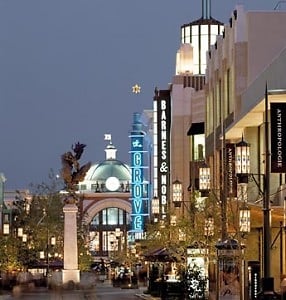 But, none compare to the big mama of shopping in Los Angeles which—frankly—may even be rivaling Rodeo: The Grove. In 2010, Rodeo has become a shadow of its former self, as it is now nearly a tourist trap. Granted, Rodeo isn’t going out of business any time in the near future and will never lose its affluent clientele; but, when you can have your J.Crew, Barneys CO-OP, AND prized Poodle under one roof--why go to Rodeo?

That being said, we shan’t forget the Golden Bridge Yoga or Bikram Yoga Silverlake (and any Pilates Plus). This is 2010: even preps follow trends.

Ahh, there’s nothing nicer than a Pimm’s Cup in the Los Angeles summer sun. And, for that, a lot of places are catering to that need.

Most notably, The Tar Pit on La Brea is bringing down the house, serving drinks ready made for Jay Gatsby. Beyond that, Polo Lounge at the Beverly Hills Hotel is another remarkable setting, as are Lil Dom's, Tom Bergins, and The Third Stop. 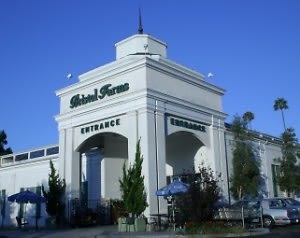 Beyond that, though, we mustn’t forget that preps, like normal people, don't always eat out: certain supermarkets are known for their prepped clientele. It can be easily argued that Gelson’s are fine markers of affluence and some preppiness about. Pavilions, Vons' more upscale and attractive brother, doesn’t have the cache but definitely is up there. The Ralph’s on Beverly in West Hollywood also caters to a more refined clientele (getting the runoff from shopping on Beverly). The most obvious, outside of Whole Foods, has to be Bristol Farms, the mecca of high end supermarketing.

We’re not exactly sure what this means, but we will say that preppiness certainly isn’t what it used to be—especially in Los Angeles. You would be surprised, but we posit that next time you see a grungy hipster, ask him or her where they went to school. Don’t be surprised to hear “The Buckley School” dribble from their mouth.