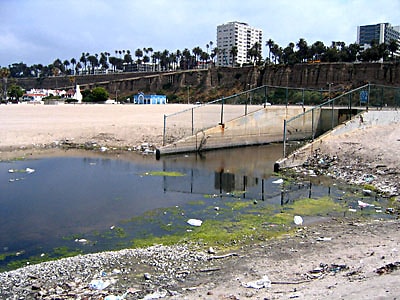 So Travel & Leisure Magazine, America's #1 luxury lifestyle magazine owned by a credit card company, released the 2010 results for their staggeringly comprehensive "America's Favorite Cities" survey, where respondents rank everything from Best Nightlife to Best Antique Stores. And as we've already been conditioned to expect from nationwide surveys like this, L.A. got trashed. Since the survey separated visitors and residents, I can't even blame it all on out-of-towners who got mugged by a tranny on Hollywood Boulevard, but I still can't help but feel like it was off on a few key points. Let's start by examining three of the most glaring mistakes, along with the cities that should have been in that spot.

Should Have Been: San Francisco 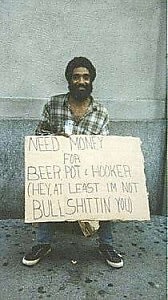 A bad reputation is a hard thing to shake. Just ask our air, which has for decades been not entirely unfairly portrayed as the smoggiest, grossest air in the country. And so it was yet again in the T&L survey, where respondents ranked us the third dirtiest city in America, behind only Philadelphia, which has reputation problems of its own, and New Orleans, where the good times are always rolling, often into a puke-covered ditch. And look, I won't even fight that we ought to be in the top 10, if not the top 5. But San Francisco had better be right there with us.

Have you ever seen a crackhead drop their pants in the middle of a sidewalk and take a shit? Neither had I, until I went out in San Francisco. My buddy, a local, didn't even blink. This is apparently something that happens there. [Editors Note: This has been confirmed by several first-hand independent accounts.] And even beyond the eclectic and sizable population of transients, which is obviously something we have here too, the jewel of the Bay Area is replete with yuppies who don't pick up their dog turds, horrifying and smoggy bridge traffic, and chronically unwashed "socially conscious" types. Hippies, please note: deodorant may be bad for the environment, but it is a necessary evil. So yeah, L.A.'s dirty, I accept this. But we ain't the only ones. [photo via]

Should Have Been: Phoenix 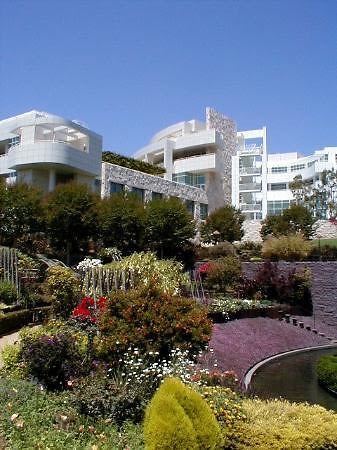 In one of the more inexplicable results on the survey, Los Angeles was not even considered to be in the Top 20 cities for museums/galleries by either visitors or residents. This is the part where I start questioning where these so-called residents live. Again, I'll confess that there's an argument to be made for better museums in Washington, DC, which is rightfully ranked #1, or a better combination of museums and galleries in NYC. But the Getty alone should put us ahead of Phoenix, right? Don't get me wrong, Phoenix—your museums are probably the only thing I liked about your city, which is all the things L.A. gets criticized for: sprawling, traffic-jammed, hot, and wholly without personality. I'm just saying, not a week goes by without a world class exhibition of one kind or another opening at LACMA, Getty, MOCA, Skirball, or somewhere else, and that's without even getting into the hundreds of established artists and galleries in places like DTLA, Culver City, and West Hollywood. I wonder if this ranking is based solely on the LaBrea Tar Pits Museum, because man, that place is a dump. I'm pretty sure the Sabertooth Tiger in that diorama is made out of dead squirrels and superglue. [photo via]

Should Have Been: Kansas City 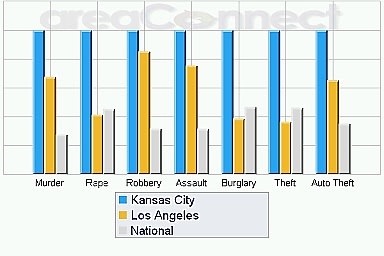 It's not really surprising that people continue to over-estimate how dangerous of a city L.A. is. I suspect that comes from movies like Training Day and Boyz n the Hood, which suggest that there are approximately 45 drug-fueled gang murders a day here (luckily for us, NYC still has all the horrific sex crimes, if "Law & Order: SVU" is to be believed, which it obviously is). And like any huge city, we have our big-city issues that bolster the crime rate: drugs, gangs, Lindsay Lohan. But a look at real numbers indicates that while you may be far more likely in L.A. to get violently beaten by your personal trainer for trying to order Spaghetti Carbonara, you're less likely to get robbed or shot. In fact, you're far less likely than someone who lives in, oh say, Kansas City, which is somehow 13 spots ahead of us on the safety list. And please note that although the above graph makes that exact point perfectly, I didn't make it, or even search for a side-by-side comparison of LA and KC crime. Nope, it's just what popped up when I Googled Kansas City. Freaky, huh?

A few other of the cities "ahead" of us in the safety poll that actually have more per capita violent crime: Philly, Miami, Seattle, Minneapolis, Dallas, my hometown of Boston (come for the history, stay for the gang war!), and even our good friends in San Francisco.

We did beat Baltimore in the poll though, so there's that. Have you ever been to Baltimore? If anything, "The Wire" went pretty easy on it. It's like Thunderdome, but with heroin instead of gasoline. Good times. [Graph via]

Check back tomorrow for 3 More Things Travel & Leisure Got Wrong!