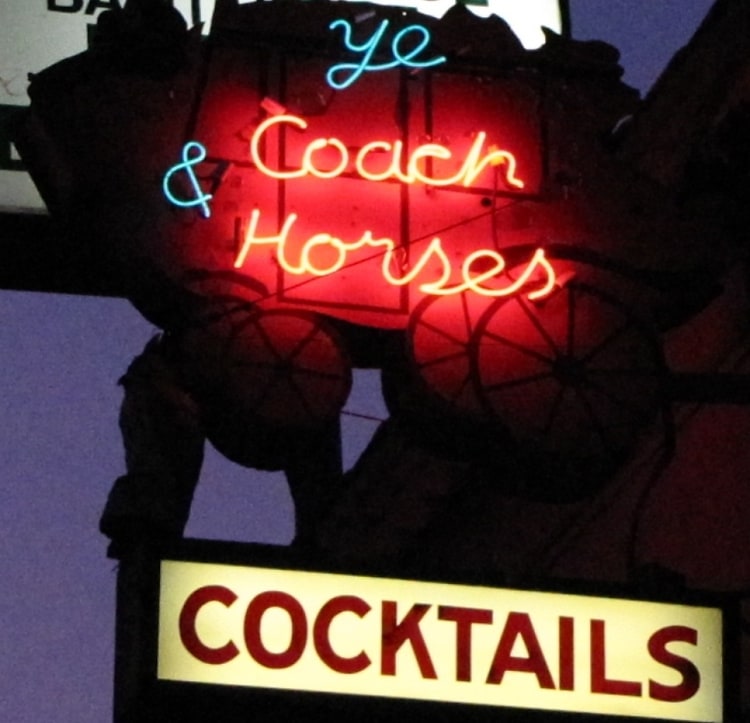 [***UPDATE 10/25: The source of the media release stating that Sean MacPherson's camp was taking over Ye Coach & Horses on November 1st has officially retracted its statement, saying they jumped the gun. Sheesh.]

First came rumors, then a failed rescue campaign, then we went straight to the source and asked Jared Meisler for hard answers which left us with a bunch of hypotheticals and "maybe's." But it's now official per our inbox that the duo who brought us favored watering holes like Roger Room and Bar Lubitsch will be the proud owners of L.A.'s historic Ye Coach & Horses effective November 1st.

Devout patrons who campaigned to keep the over 70-year-old Hollywood establishment from changing owners are no doubt wringing their hands at this news. But they should probably cease their sanctimonious weeping and just be thankful that some cool, non-douches who have a knack for producing relaxed, hip-but-not-trendy spots like Meisler and MacPherson swooped in, instead of some Hollywood cheeseballs or SBE since the original owner was being evicted anyway. Seriously, we dodged a bullet of the XIV and Guys & Dolls variety and that's something to celebrate.

Go HERE to see Jared Meisler give us the straight truth in our full interview.