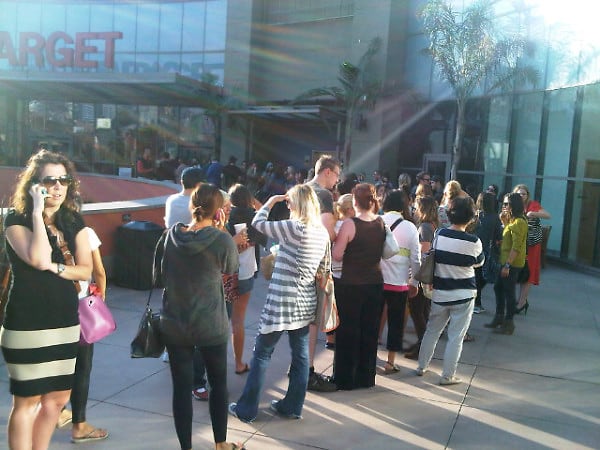 There's nothing chic about waiting in line, especially at 7:30am on Tuesday in front of Target on La Brea. But that's what people are willing to do in order to score mass-produced limited edition designer collections for bargain stores.

Today marked the highly anticipated debut of the Missoni collection for Target and to give you an idea of the consumer demand for the pieces, Target's website crashed this morning due to the high volume of shoppers trying buy it.

Meanwhile at the physical stores, the release of the collection meant lining up outside at the dawn's early light instead of say, going to school or work for thousands across this great nation, land of the free. But with L.A.'s considerable population of folks without 9-5's, that probably meant many who haven't been up early enough to make the breakfast menu at McDonald's in months were up standing in a line wrapped twice around a Target. Unfortunately their efforts likely went unrewarded as the first shoppers to get to the shelves wiped out the entire stock. Here's a little sample of Tweets from this morning's Target warriors who braved the madness: 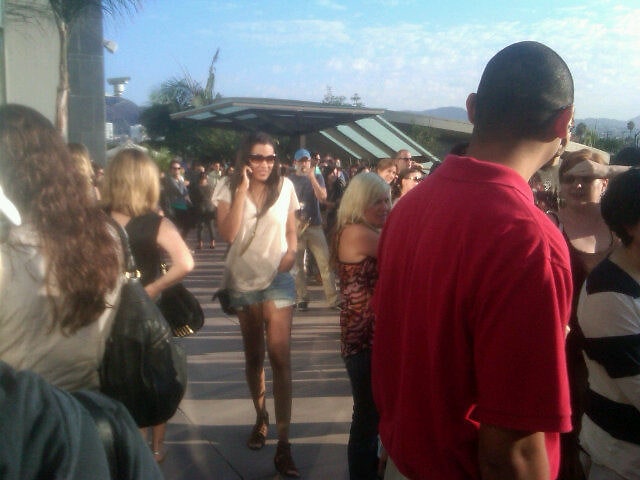 @WehoDaily: RT @DreaminFashion: The line is wrapped around twice at the WeHo Target for the #MissoniforTarget launch. http://yfrog.com/nve2yslj 2 hours ago

@SportsStylist: The best this morning at Target x Missoni was seeing the girl in line wearing REAL Missoni. 1 hour ago

@rebecca_bee: my early morning target experience was not all that fruitful. Everything for Missoni was gone in 2 mins. People got crazy. 3 minutes ago

I don't even want to picture what was going down inside. Nothing like designer fashion to reduce otherwise civilized people into total pigs. Have you ever seen what stores look like after they're ransacked by the masses swooping up the special designer collections the day they're released? It's a grim trail of carnage and ugliness under bad fluorescent lighting. If you missed out on the Missoni, luckily you can count on those eBay poachers who cleared stores nationwide of the items to put everything up for auction for five times the original retail price and then duke it out with the other shoppers virtually from the safety of your own home.