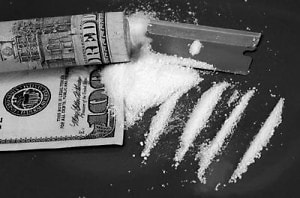 On this interwoven "net", this information superhighway, this world wide web of ours, the geniuses are few and far between - their voices oft obscured by eleven thousand blabbering infant-like gurgling idiots who have no business on the internet. And then there are people like Coke Talk, an anonymous blogger who has developed a gigantic following simply by being super fucking interesting. All we know about Coke Talk is that she's a woman (obviously) who works in the entertainment industry (apparently) and that she has a Masters degree (knowingly). That's it. That's the whole kit and kaboodle there.

I sat down with Coke Talk in a dark room with a single, flickering light bulb - her face obscured by the shadow of a wide brimmed hat. She was wearing an elegant pant suit, hemmed, it seemed, by the hand of God himself. I gasped in amazement - the very force of her presence and weepingly powerful perfume knocking me clear into the wall. After I peeled myself off, I wobbled penguin-like towards the table, started my reel-to-reel tape recorder, and asked her a series of questions. I would call it: "INTERVIEW WITH VAMP; ALSO, IRE".

Ned Hepburn: So why 'Coke Talk'? It sounds like a snappy board game.

Coke Talk: Yeah, I guess it does sound like a board game. You just know if Milton Bradley could make a buck and get away with it, they'd throw a mirror and a room key into a cardboard box and label it "14 and up."

We came by the name honestly. The whole thing was born out of a night of coke talk. Some friends and I were blowing a few lines on some Saturday night/Sunday morning. We were cracking ourselves up with old stories, the ones we can only tell each other, the kind of stuff that no one else would even believe could be true. 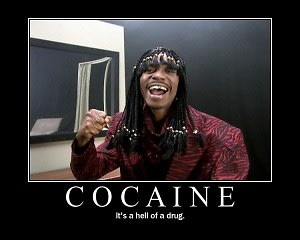 We have a name for all that outlandish shit. It's our own little inside joke that sums up all of the wild and bizarre moments you can't help but have in this town. For reasons best left unexplained, we laughingly call it all "spaceships and kool-aid."

At some point my high hit a super ambitious peak, and I announced right then and there that we had to start an anonymous blog called Spaceships and Kool-Aid where we could all talk shit and tell our stories.

Thing was, Spaceships and Kool-Aid was too cumbersome to be the URL, so we just went with coketalk. There were four of us that night, but within a month, I was the only one who even remembered we'd started a blog. It's been my little pet project ever since.

I've gotta ask it... do you feel you're in a way encouraging others to do drugs?

When you were writing Boner Party, did anyone ever ask if you were encouraging others to get erections?

I kind of felt like I was more trying to encourage people to eat Doritos and watch more John Hughes movies with a honey-bear friend (Editors Note: He means Bong).

A pharmaceutical rep encourages others to do drugs. I just write a silly little blog.

Favorite cocaine scene in a movie.

It's one of my earliest memories in a movie theater. Crocodile Dundee. The party scene where Mick dumps a pile of some dude's blow into a pot of steaming water as a cure for his stuffy head. Fucking hilarious, even for a little kid.

I had no idea why I was laughing at the time, but to this day I still get a chuckle out of the line, "What, like shovin' a blowfly up your nose?"

Shit, man. This one is way too easy. All three of them are fuckable, and only one deserves to die. All that's left is deciding who you'd want raising your kids, and that's a no-brainer.

There's really no other way it can break down but this: Marry Johnny Depp in Blow. Fuck Ray Liotta in Goodfellas. Kill Al Pacino in Scarface.

I caught Blow on television the other day. I'd forgotten how heartbreaking his relationships with his wife and daughter were. Johnny Depp squeezed every ounce of sympathetic emotion out of that character. He's a total fuck-up, but a decent man at his core. He's the only one of the three with marriage potential.

As for a wild and crazy fuck, Ray Liotta in Goodfellas is too good to pass up. That shit would be rough, animalistic, and who knows? In the heat of passion I might wanna find out what it feels like to get hit with a gun.

That's the thing though. We're only talking one-time fantasy fulfillment. If you ever meet a girl who says she'd marry Ray Liotta in Goodfellas, run for the fucking hills. Trust me. That's the kind of crazy bitch who thrives on chaos.

So yeah. Sorry, Al Pacino in Scarface. Megalomaniacal psychopaths are selfish lovers, and all anti-heroes have to die anyway. 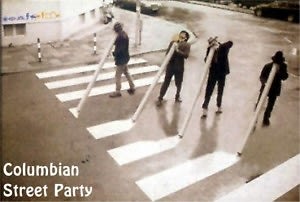 It's funny, just yesterday I was explaining to a lit agent that there's no reason to take any of this shit seriously, except for my anonymity. Only six of my most intimate friends know that I write Coke Talk. That's it. Lucky number seven is gonna be the publisher or producer who needs a name for when he makes out the check. Privacy is very important to me. Certain key facts are changed, but everything I write on Coke Talk is fundamentally true. That alone could get me into all kinds of trouble with friends, family, and potential employers.

Still, privacy is only part of the reason I protect my identity. I'd be an asshole if I didn't recognize that the mystery itself has value. Anonymity is an integral part of what Coke Talk is about. It's a Batman/Bruce Wayne thing, if Bruce Wayne were Carrie Bradshaw. If I were a person instead of a persona, the entire experiment would lose its core mystery and come crashing down. My real name isn't important, and I just don't want it to get out, you know? It'd be a shame to ruin all the fun, especially now when the whole Dear Coke Talk thing actually has the potential to become something more than just a hobby.

As with everything on the internet, success spawns imitators. Do you ever fear copycats? Ambientalk? Methtalk? Whippitstalk?

Yeah, that's a cheap shot. Come to think of it, if I had named my blog HighSociety, there are those who would have called me an imitator of Julia Alison. Sure, I may be smarter, funnier, and less full of shit, but there's nothing original about a shallow party girl rambling about her nightly escapades.

I'm not doing anything special here, and I'd be an asshole if I took any of it seriously. Come on, we're all just talking shit on the internet. We do it because it's fun. We do it because we fucking love to write, and because we crave the instant gratification we get when our readers respond. I'm flattered by imitators and not the least bit concerned about copycats. If somebody wanted to plagiarize my vibe, then they're already missing the point, so ultimately they're doomed to fail anyways.

Sticks and stones and all that, you know?

Favorite bars/clubs/hangouts/**you know what i'm getting at / have fun with this one, obvsly**

I can never just rattle off a list of favorite places. Good times in Hollywood are too transient and ephemeral to be nailed down to any one spot. It's always a combination of a special place at a special moment in time.

My enduring favorite in all of LA was an illicit after hours spot known as The Libby. That was back in 2003. Every weekend they would open up the penthouse floor of an office building on Beverly that used to be Liberace's old bachelor pad. You checked your camera phones and bullshit with the security detail at the door, and walked down a mirrored hall to a killer party that always went 'til dawn.

It was filthy decadence. Fabulous DJs. Open bar. No rules except be cool. The place was choked with shady celebrities and subversive industry types getting away with whatever the fuck they wanted. It was the town's best kept secret for a while until Fox snuck in with hidden cameras and ruined everyone's good time. I suppose all good things come to an end, but it was a real shame when that spot got busted. There's nothing underground of any quality going on like that anymore.

Other favorites include the Marilyn Suite at the Roosevelt during the summers of 2006 and 2007, the rooftop at the Downtown Standard on any given Sunday in 2008, and of course Skybar at the Mondrian is always a good old stand-by. These days, the crowds tend to look like they arrived for a reading of Christian Audigier's will, but I still love being poolside at those hotels. They've got a special place in my heart.

It's weird when I actually stop and think about the places I find myself consistently revisiting. Like the building on the corner of Sunset and Crescent, for instance. It used to be the Coconut Teaszer, an old-school rocker club where I could always be sure my fake ID would work. Then Nazarian gobbled it up, pimped it out, and over the years it went from being Shelter to Privilege to XIV. Every once in a while they'd slap up some fresh wallpaper and give it a new name. They'd pump in celebrities for the first few months, then they'd spin the regular crowd through for a couple of years, then they would start taking whatever valley trash that showed up on a weekend. Lather. Rinse. Repeat. Still, each time there was a period when I always had fun in that building.

Yeah, I've been doing this shit for a decade, and the only constant is change. The closest this town has to a north star of nightlife would be the Chateau Marmont or maybe a few old rocker clubs like The Troubadour. Everything else has a remarkably short half-life.

At the moment, I'm a fan of La Boum at Bardot on Wednesdays and Voyeur any other night, but by the time you're reading this who knows? The new W Hotel is going to be the the shit for a while, and I'm cautiously optimistic about Drais. It's one of my favorite after hours spots in Vegas, and if they can translate that vibe here in Hollywood, I'll be quite pleased.

What's your secret way of dealing with the morning after a crazy fucking night out?

Why the Britney/Bea Arthur pictures in particular? Do tell.

No disrespect to my Golden Girl, but that icon isn't Bea Arthur. That is Miss Dolly Parton, O.G. diva bad-ass and living legend. She’s my icon in every sense of the word. They call her the iron butterfly, and women like Oprah and Martha Stewart learned everything they know about building a media empire from Dolly. At my fantasy dinner party, she sits next to Debbie Harry.

The pic on Dear Coke Talk is from the movie Straight Talk, a silly little comedy-of-errors in which she is mistakenly hired as a radio talk show psychologist who gives homespun advice to callers. Now you get it?

As for the Britney pic, that was a total spur-of-the-moment thing. The baby bottle. The trucker hat. The indignant posture. At the time, something about it just felt right. I remember it caused quite a bit of drug-induced laughter in the wee hours of the morning when this ridiculous blog was born into existence. I think now I’m kinda stuck with it.