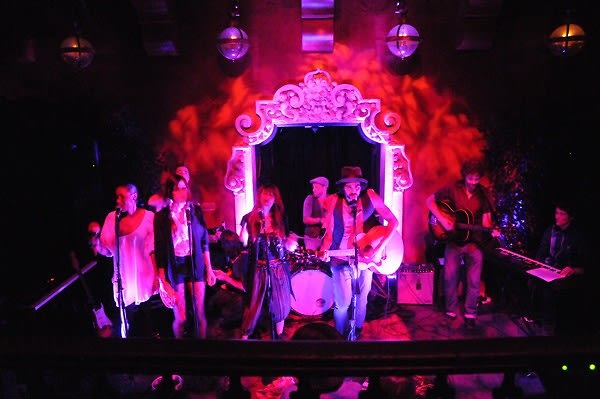 Go HERE for more photos by Melodye and tag yourself and your friends!

The walls of Bardot were lined with indie folk, and the couches filled with avid fans of the mellow indie crooners, The Helping Thieves. The California native band gave the L.A audience a glimpse into their bright musical future as the newly signed group performed songs from their upcoming album.

Lead vocalist, Tyler Steele, and his eight band mates captivated fans who gazed at the stage and absorbed the folk sounds in the semi-tented, smokey room. For a local group with so many members, the familiar face/facial hair on stage probably is that of the person you thought you saw in Silver Lake.

With the combination of loyal underground fans and support of bigger players like producer Joe Zook, who has worked with Modest Mouse, Weezer, The Hives, and Katy Perry, we're sure The Helping Thieves hold a similar fate.