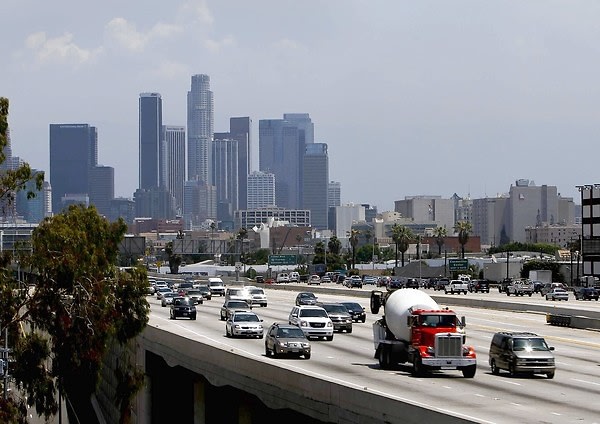 The 10 Freeway. Universally beloved, right? Whether you're stop-and-go'ing it all the way to Dodger Stadium (I know, bad example, who goes to Dodger games anymore?) or sitting at a standstill under one of many scenic overpasses, praying The Big One doesn't hit, can you think of a possible better time?

What if you were paying money for that privilege? That dream is close to becoming a reality, as Mayor Antonio Villaraigosa announced today that crews have broken ground on toll lanes that will cover some of the busiest stretches of the 10 and 110 Freeways, for use during rush hour.

And how much will this special VIP rush-hour lane set you back? Oh, just about $1.40 per mile, with a minimum deposit of $75 required to even access them in the first place. All of which makes Rep. Maxine Waters' contention that it will create a "traffic system of haves and have-nots" a little more reasonable than you might initially think. And then there's also the little issue of the fact that the 91 Express Lanes in Orange County, upon which this program is based, have fallen on hard times since the recession. [Photo via]

In other words, where you once used to sit alone in your car, staring angrily at the Priuses in the carpool lane (you know, in those rare instances where the carpool lane is actually moving any differently from the other lanes), now you'll be staring at a bunch of dipshit rich people paying $20 to get an extra 5 mph.

Of course, we desperately, desperately need any and all additional income we can get, and some experts are theorizing that the toll lanes will benefit overall traffic flow, so if either of those two things end up being true, the rest of it doesn't really matter, does it?