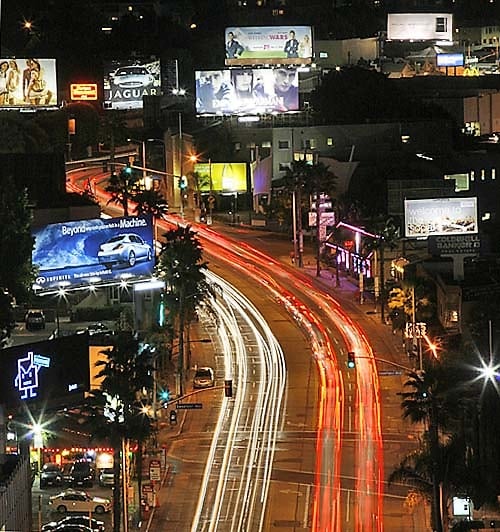 Earlier this year, we brought you the thrilling eyewitness news of a mystery Paris Hilton in a cop cruiser sighting, deep in the heart in West Hollywood. At the time, we reported that we didn't know why Paris was seen riding in a WeHo cop car, then we told you that we heard she was filming a PSA as part of her court-ordered community service. But yesterday, we learned that we didn't have it quite right either time. As it turns out, Paris was filming a segment for a brand-new, celebrity-soaked documentary whose trailer premiered at the Cannes Film Festival. The subject? L.A.'s wildest, most legendary slice of road: The Sunset Strip. 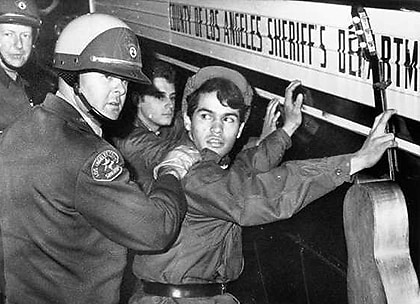 [Left, curfew protests on Sunset Strip, 1966 via] Sunset Strip the Movie, is a reflection on the 100+ year history of the craziest, wildest, most legendary stretch of road in a city full of famous roads. Through interviews, newsreels, video clips and live performances, the film promises to tell the full, fascinating story of the ups and downs of the Strip, from the beyond-LAPD-jurisdiction wildness of the Roaring Twenties to the counterculture riots of the Sixties, to the rock n' roll incubator and luxury hotel row of modern times. And since they know it's impossible to get anyone to sit through a movie without some famous faces, those interviews and performances we mentioned happen to be with some of this town's most recognizable, including Johnny Depp, Keanu Reeves, Hugh Hefner, Slash, Courtney Love, Tommy Lee, Dan Aykroyd, Sofia Coppola, Paris Hilton (of course), and a ton of others. Oh, and if that didn't convince you, how about a promise that you'll get to see our great buddy and the Savior of All Mankind, WeHo Jesus? 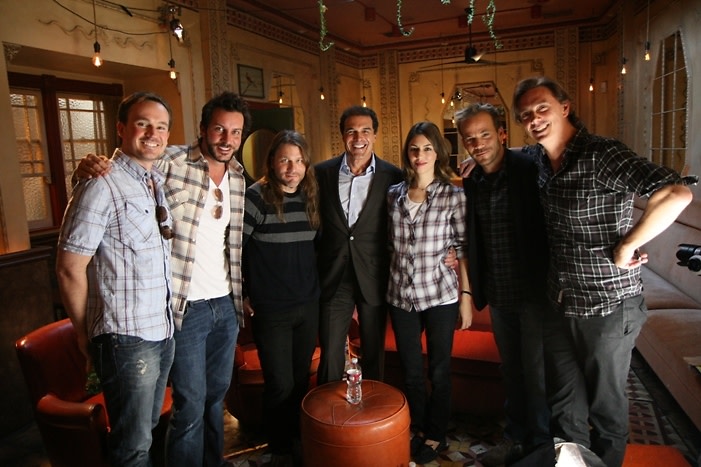 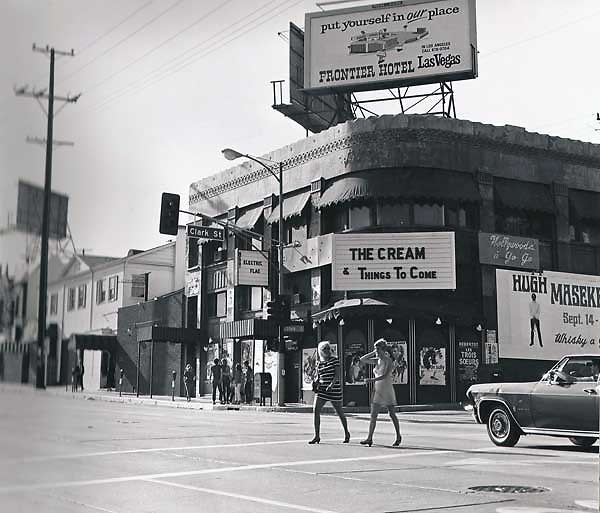 Naturally, the producers are pretty interested in connecting this film to its target audience, namely, socially active young people such as the ones who tend to read snarky nightlife websites. So, the buildup to its full release should provide us with a bunch more goodies to pass along, like some ticket giveaways and signed memorabilia, so we'll keep you posted. In the meantime, check out their website, and maybe cruise or walk the Strip this weekend and reflect on the music, comedy, death, insanity, glamor and absolute chaos that's gone down over the years. Aren't you glad you don't live in Toledo?

Sorry, Toledo. I know that was a cheap shot.

[Top photo via, bottom image via]