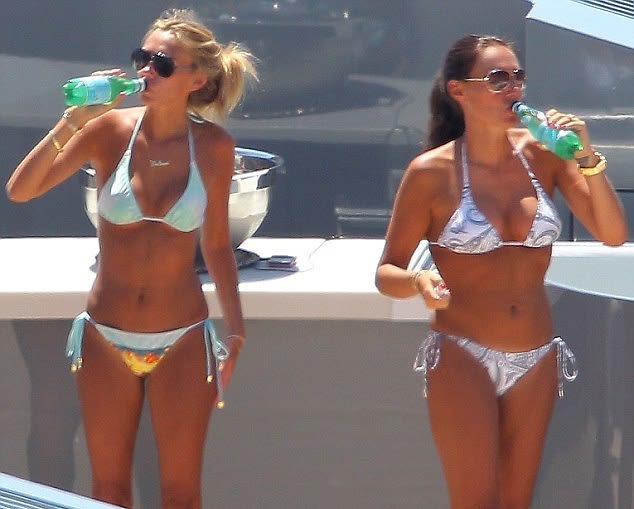 A midnight screening of The Dark Knight Rises became the scene of a horrific massacre in Aurora, Colorado when a gunman's shooting rampage inside the theater left 12 dead and at least 38 injured. The 24-year-old suspect identified as James Holmes has been apprehended by authorities and Warner Bros. has canceled the film's Paris premiere. [E!]

A$AP Rocky was arrested in NYC last night for allegedly getting into a physical altercation and possibly attempting to rob two civilian photographers taking his picture. [TMZ]

Depending on which "insider source" you talk to, Antonio Banderas and Melanie Griffith's 15-year marriage may or may not be on the brink of divorce. [People]

Tamara Ecclestone, heiress daughter of Formula 1 mogul Bernie Ecclestone and older sister of a our favorite new neighbor, Petra Ecclestone, has dumped boyfriend of over two years Omar Khyami after a sleazy sex tape of him surfaced. [DailyMail]

The official dates for "Carmageddon II" have been announced: the 405 freeway between the 10 and 101 freeways will be completely shut down for 53 hours over the weekend of September 29-30. [KTLA]