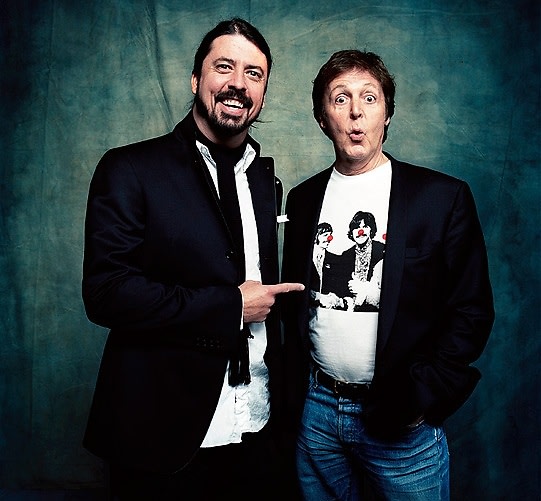 -The 2013 Screen Actors Guild Awards nominations were leaked online early this morning before today's official announcement, with Silver Linings Playbook, Lincoln and Les Misérables each scoring nominations in four out of the five film categories. [LATimes]

-In other totally awesome news, Sir Paul McCartney is reportedly set to perform a Nirvana reunion assuming the role of Kurt Cobain with the band's surviving members, Dave Grohl and Krist Novoselic, at the 12-12-12 Sandy benefit concert tonight in NYC. [NME]

-Lindsay Lohan's probation was revoked by a judge this morning, meaning she will face various misdemeanor charges associated with that PCH crash in a hearing next month that could win her up to eight months in jail. [KTLA]

-Gawker was forced to remove the leaked proposal for Lena Dunham's $3.7 million book deal and quotes from the forthcoming advice book, Not That Kind of Girl, after threatening legal action against the site. [Salon]