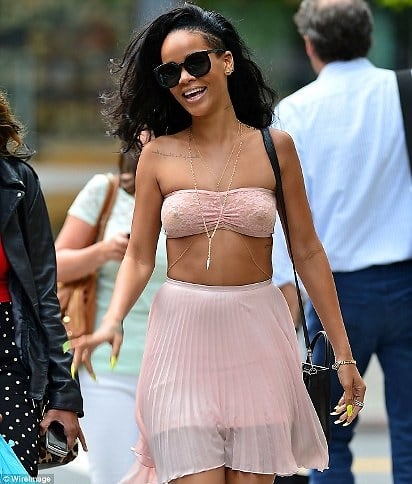 Here's everything you need to know about Apple's iOS 6 operating system upgrade slated for a fall release announced yesterday at WWDC 2012 including new Siri features like tweeting by voice, Siri for iPad, a new Do Not Disturb feature and lots more. [TechCrunch]

Rihanna's close friends including Jay-Z are reportedly urging her to seek treatment at rehab for a lifestyle of "excessive partying" and her gallivanting around NYC yesterday in a see-through lace bra ensemble is only fueling the flames. [DailyMail]

Not to ruin your week or anything but Snooki, Pauly D and Mike "The Situation" Sorrentino each make over $2.5 million from MTV for one season of "Jersey Shore." [Radar]

Apparently 50 Cent and Oprah have had a famous feud going for a while that I was completely unaware of and during a filmed face-to-face sitdown for her new show, he admitted to naming his dog Oprah and his cat Gayle (after Gayle King) as direct disses to the talk show mogul. Teehee. [E!]

Lindsay Lohan allegedly told police on that scene at the car accident last Friday in which her Porsche plowed into a dump truck on PCH that her assistant, not her, was driving--a lie that could land her back in jail. [TMZ]