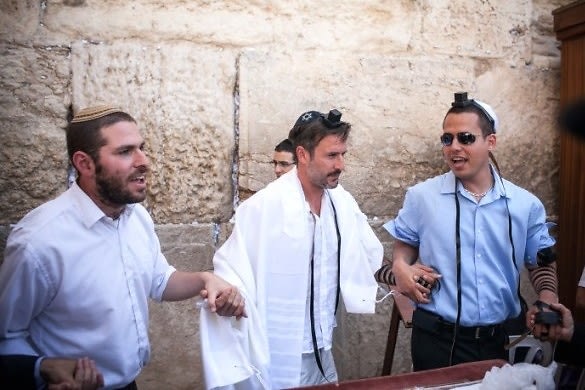 The decomposing remains of an unidentified male are discovered inside a black Cadillac Escalade on Saturday in the West Hollywood area near Willoughby and North Genesee avenues. [KABC]

While on location filming a new travel show, 41-year-old David Arquette has an impromptu Bar Mitzvah in front of the Western Wall in Jerusalem. Mazel Tov! [TMZ]

In another desperate stunt to snag some relevance, Madonna, 53, took off her shirt and purposefully flashed one of her boobs—nipple and all—to the audience during her concert in Istanbul. Yawwwn. [E!]