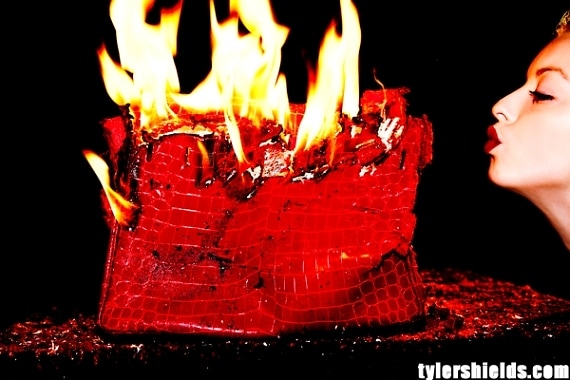 During a show in Atlantic City over the weekend, Beyonce revealed her secret to losing a cool 60 pounds in baby weight after delivering Blue Ivy back in January: hitting the treadmill and eating lettuce. [Radar]

Francesca Eastwood, daughter of Clint Eastwood and star of new reality series "Mrs. Eastwood and Company," is receiving a barrage of hate-filled messages and death threats via Twitter and Facebook for destroying her $100,000 croc Hermès Birkin bag with a chainsaw and setting it on fire for a photo shoot with boyfriend Tyler Shields. [TMZ]

In what is being called a "zombie" attack, a naked man believed to be under the influence of bath salts, a new scary drug trend, is shot and killed by police while chewing off the face of another man. Truly horrifying. [KTLA]

According to multiple sources, Kanye West has been blowing off prior work-related engagements and professional commitments to spend time with girlfriend Kim Kardashian. [HuffPo]

Although still considered safe enough to eat by many scientists, extraordinarily high levels of radiation have been found in bluefin tuna that had migrated from Japan and was caught off the coast of California. [KABC]

[Francesca Eastwood Birkin on fire by Tyler Shields via]