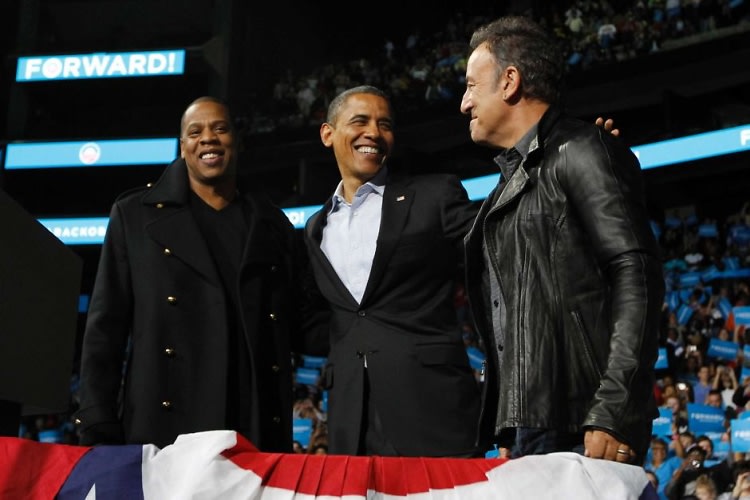 Hova, POTUS and The Boss = The Dream Team.

-I love that on the eve of the election, Bruce Springsteen rocked a rally for President Obama in Madison, Wisconsin, the city of my alma mater, delivered this beautiful speech to the crowd and gave POTUS a big Boss hug. Then they met up with Jay-Z in Columbus, Ohio at another rally where Hova performed revised lyrics, singing "I got 99 problems but Mitt ain't one." [Yahoo!] [Salon]

-Channing Tatum has landed the oh so coveted title of People's Sexiest Man Alive this year if this source is to be believed. [E!]

-Lindsay Lohan once again risks going to jail as she is being charged with lying to law enforcement after her car accident on PCH in June, saying she was not driving when her Porsche hit an 18-wheeler but actually was. [TMZ]

-A record 18 million Californians are registered to vote in today's election. You better be one of them. [KABC]

-Get the latest updates on polls, which currently show an Obama edge over Romney, and voting across the country with stories and news like the pregnant Chicago woman who stopped to vote en route to the hospital to give birth. [HuffPo]