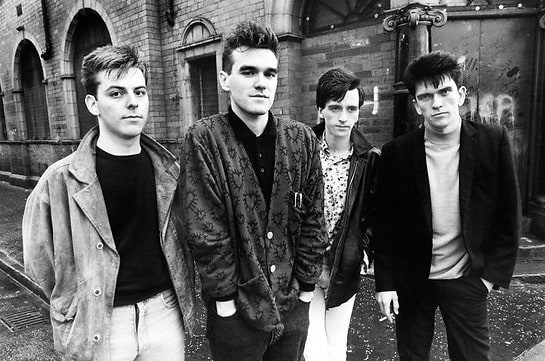 -Incredibly, there's such a thing as "gay conversion therapy," a type of treatment meant to turn gay teenagers straight, and California is now the first state to pass a bill banning such de-gaying "quackery." [KABC]

-FYI, it's now extra confirmed per Morrissey's camp that The Smiths will never, ever reunite :'(. [NME]

-With Keith Urban sitting between them on the judges table at "American Idol" auditions, Mariah Carey and Nicki Minaj got in a major pissing match wherein Nicki calls Carey "her fucking highness," and it's all caught on tape. [TMZ]

-Guggenheim Partners, the company that recently purchased the L.A. Dodgers for $2.15 billion, is considering a bid for AEG which would make them owners of the Staples Center, the L.A. Kings, the Lakers, and L.A. Galaxy among other properties. [KTLA]

-I see London, I see France... photos of a chiseled David Beckham parading around Beverly Hills wearing nothing but some skin-tight skivvies yesterday for an H&M shoot. You're welcome. [JustJared]