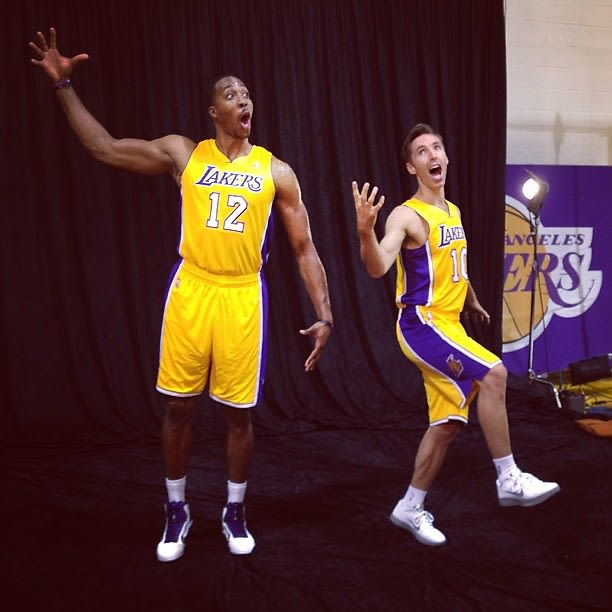 -Yesterday was Lakers Media Day and there are a bunch of fun photos of Steve Nash, Kobe Bryant, Dwight Howard, Pau Gasol and Metta World Peace together as your new starting five. Are we pumped? [Daily News]

-The L.A. heatwave continues, meaning it's another great day to play hookey and hit the beach. [KABC]

-Los Angeles City Council will vote today on whether to either maintain or repeal the earlier "gentle ban" that forces the closure of our numerous beloved weed shops and let voters determine their fate. [KTLA]

-Paris Hilton's new boyfriend River Viiperi got so upset when he saw his woman making out with another girl at a Las Vegas nightclub that he alleged punched the other girl's boyfriend in the face and got arrested. Despite the fact that Paris is 31, I have no problem believing this story. [TMZ]

[Your new additions to the Lakers' starting 5, Dwight Howard and Steve Nash at Lakers Media Day via]