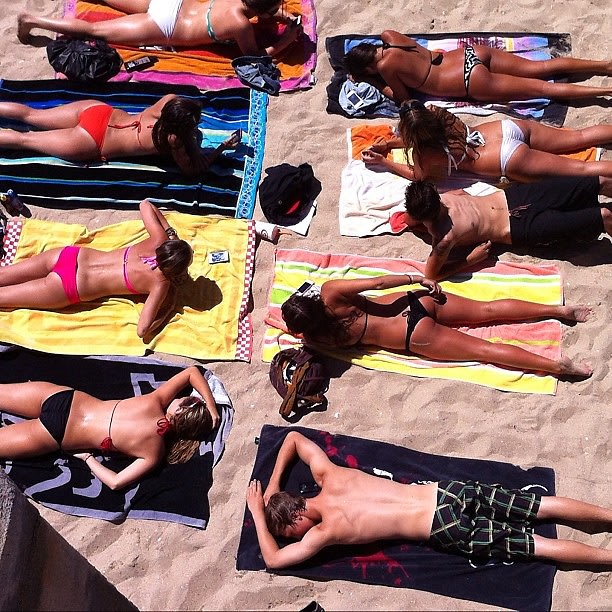 -Justin Bieber puked on stage while performing a song in front of 18,000 people on the first stop of his Believe concert tour in Glendale, Arizona. [Us]

-It's perfect beach day weather as we'll be experiencing some potentially record-breaking temperatures in the neighborhood of 100 degrees today and tomorrow in this ongoing L.A. heatwave. [KTLA]

-The assault and harassment charges against a man called Christian LaBella, whom Lindsay Lohan claims attacked her in her NYC hotel room, have been dropped by NYPD. [TMZ]

-A man is left in critical condition from a 60-foot fall off of an attraction at Six Flags Hurricane Harbor after he decided to cut the line, forgo instructions from lifeguards, and dive head-first rather than feet-first on the water park slide. [KABC]

-After three years of dating, Anne Hathaway exchanged wedding vows with Adam Schulman while wearing a Valentino gown at a ceremony in Big Sur over the weekend. [HuffPo]

[Photo by Ed Templeton via @tempster_returns]