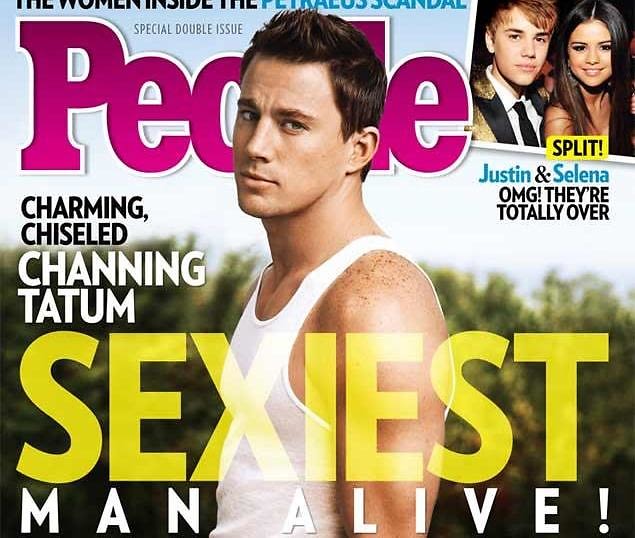 -As was leaked last week, Channing Tatum has been crowned People's 'Sexiest Man Alive' for 2012 which I have would have no problem with if they didn't have him fully manking it up in a wife-beater on the cover. I thought we agreed this was not a good look? [HuffPo]

-Want to know if you have a clinical mood disorder? There's an app for that. For just $3, WhatsMyM3 can reliably screen users for anxiety, depression, bipolar disorder and post-traumatic stress disorder. [KABC]

-Riot police from the Santa Monica, Culver City and Beverly Hills Police Departments turned away over 600 who came out to the free, not-so-secret Flux Pavilion show put on by MTV last night at Santa Monica Airport's Hangar 8 due to the overwhelming turnout. [KTLA]

-Justin Bieber was pulled over by the cops and ticketed in West Hollywood for driving like a teenage girl in his white Ferrari last night. [TMZ]

-In a bizarre/desperate attempt to regain relevance raise funds for Rockaway Beach Sandy victims, Madonna took her top off, then her pants, and proceeded to moon the crowd at her Madison Square Garden show this week. [NME]