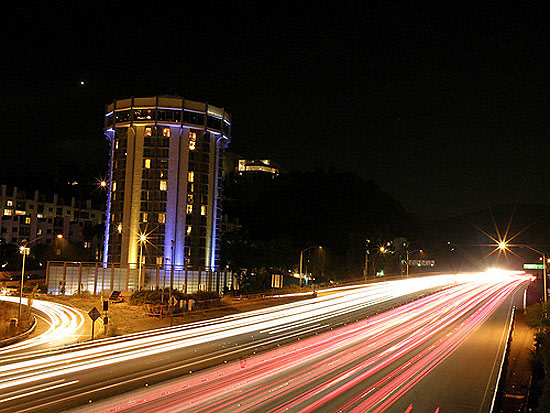 -Chris Brown deleted his Twitter account after thoroughly embarrassing himself in a vulgar tweet-for-tweet battle with comedian Jenny Johnson in which he called her a "hoe" but presumably meant "ho" and she had to correct him. [Radar]

-A new study based on campuses with 10,000 students or more finds UCLA to be the "most dangerous" university—that is, with the highest rates of crime—in the country. [KTLA]

-Sepulveda Blvd between Montana Ave. and Church Lane will be reduced to one lane in each direction during the day and closed completely at night for the next week as part of the freeway expansion project so expect major delays on the west side near the 405. [KABC]