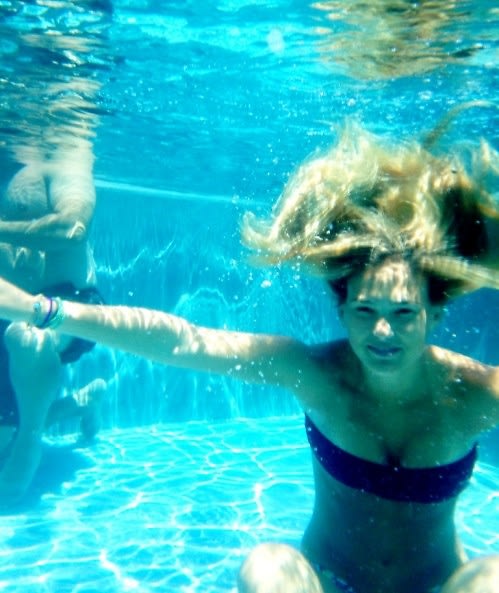 Sally Ride, one of the first female astronauts admitted to NASA who became the first woman to ever fly in space in 1983, dies at 61 after losing her 17-month battle with pancreatic cancer. [KABC]

Apparently Kanye West plans to propose to Kim Kardashian once her divorce from Kris Humphries is finalized and he's even designing the engagement ring himself using diamonds and rubies from his late mother's jewelry. [Radar]

Los Angeles City Council will consider a measure today that would make weed shops illegal and shut down our beloved plethora of medical marijuana dispensaries that decorate our hometown. [KTLA]

Mariah Carey's one-year deal as a judge on "American Idol" is reported to be somewhere in the neighborhood of a whopping $18 million, making her the highest paid judge on reality TV. [TMZ]

And here are some photos Bar Refaeli—arguably the hottest woman on the planet—tweeted of herself enjoying her summer in a bikini and underwater in a pool paying homage to Nirvana's iconic Nevermind album cover art. [DailyMail]