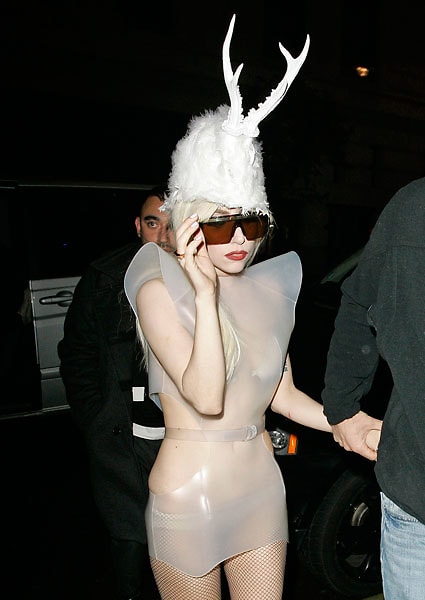 -Even after three rounds of Patron shots, it's still not a good idea to have sex at a restaurant table in plain sight of families with children dining or you'll probably get arrested like this fine young couple in where else but Florida. [KTLA]

-Following the release of its December 31st print edition, Newsweek will shift to an all-digital paid subscription format with the new name Newsweek Global after over 80 years as a print publication. [KABC]

-One of the fruits of his immense cocaine empire, here's a look at Colombian drug lord Pablo Escobar's vacation estate Hacienda Napoles, since converted into a museum/waterpark/bizarre giant dinosaur garden/zoo complete with hippos, monkeys and flamingos. [Radar]

-Lady Gaga is being offered upwards of $4.8 million to star in the upcoming Zoolander sequel for which both Ben Stiller and Owen Wilson will reprise their roles. [NME]

-Disgraced cycling champ Lance Armstrong stepped down as chairman of his own Livestrong charity and was dropped by five huge sponsors in a single day, starting with Nike then Giro Helmets followed by Trek Bicycles, FRS and Anheuser-Busch, in the wake of his doping scandal. [TMZ]