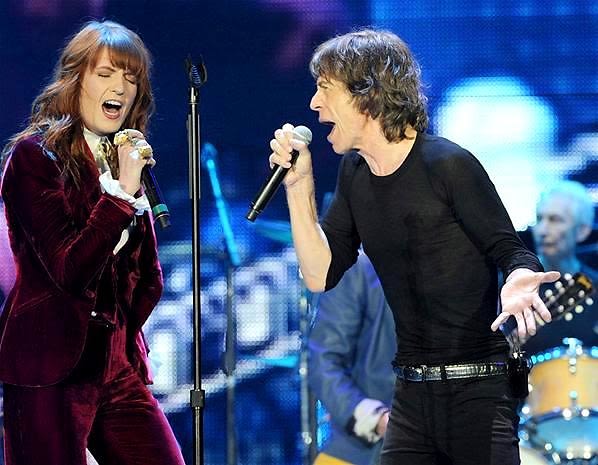 -Both Florence Welch and Eric Clapton were surprise special guest performers to hit the stage and jam along with The Rolling Stones last night at their show in London. Watch Florence sing "Gimme Shelter" with them in this video: [NME]

-According to sources, Lindsay Lohan has been drinking roughly two LITERS of vodka a day and was completely bombed at the Justin Bieber concert and subsequent NYC nightclub outing where she was arrested for socking a psychic in the face yesterday. Two liters. [TMZ]

-It's going to be a rainy weekend in L.A., but that's still not a good reason to let yourself wear Uggs in public. [KTLA]