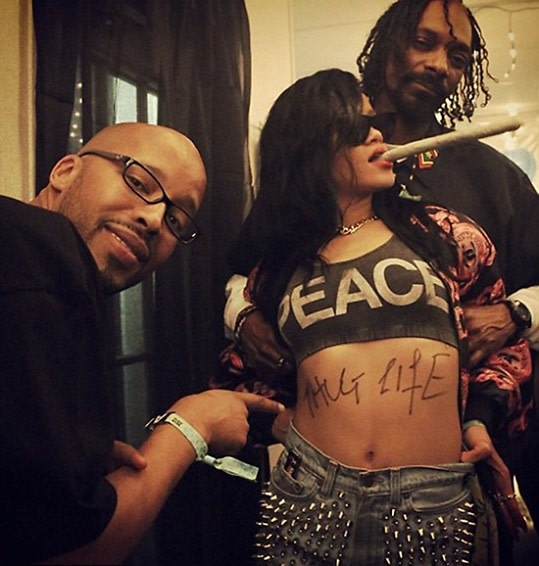 -Not a day after Justin Bieber was slapped with a traffic ticket by WeHo's finest, he decided to stand up on his on Ducati motorcycle whilst cruising down the 405 yesterday. [TMZ]

-The FDA believes 5-Hour Energy could very well be linked to 13 deaths of those who consumed the energy shot over the last four years and is currently investigating. [KTLA]

-Noel Gallagher recently spoke on his famously explosive relationship with estranged brother and ex-Oasis band mate, Liam Gallagher, whom he described as, "a squeaky toy what swears a lot... in a blazer." Zinggg. [NME]

-Clash of the Titans: Robert De Niro has beef with Jay-Z, openly confronted at Leonardo DiCaprio's birthday party with a scolding for Hova never returning his multiple phones calls, and not even Beyonce's attempts to diffuse the nastiness could help. [Page Six]

-Here's a photo of Rihanna exhibiting some truly admirable multitasking-while-baked skills as she twists up a blunt while smoking another at the same damn time. [MediaTakeOut]