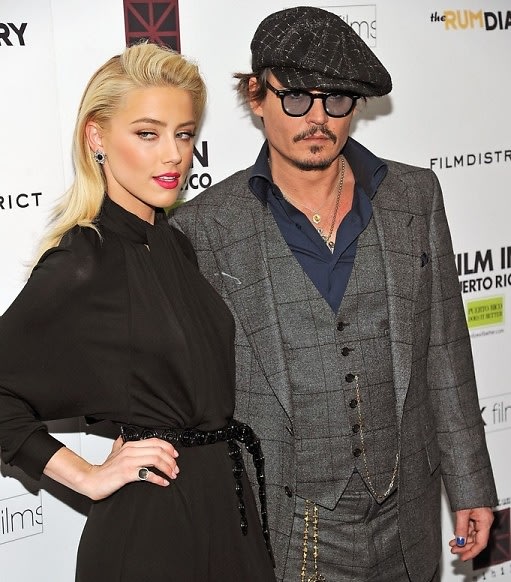 Kanye West and Kim Kardashian went to go get their unwanted body hair lasered off together yesterday, rolling over to the L.A. laser hair removal clinic in a big black Rolls Royce driven by Kim. You just sit with that one for a minute. [TMZ]

And here's a video of batshit American Eagle flight attendant Jose Serrano daring passengers stuck on a plane delayed five hours to get up "if they have the balls" over the loudspeaker. [KTLA]

Ladies, I was embarrassed and thought it sounded ridiculous at first too, but there's a class and program called Stilettos and Self Defense by Jennifer Cassetta that teaches you to defend yourself wearing your skimpiest going out clothes and highest heels. [KABC]

Following last week's rumors of being in talks with the NBA team he was first drafted to, Lamar Odom is expected to ink a deal today to join the L.A. Clippers. [Radar]

Another weird thing about this Johnny Depp Amber Heard romance is the fact that he, Depp, who is a man, dresses very much like and bears a pretty strong resemblance to Heard's previous lover Tasya van Ree who is a woman. [E!]