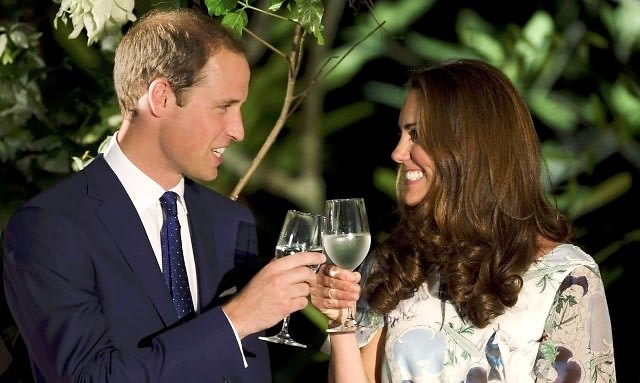 -BREAKING: the Royal camp has announced Kate Middleton is officially, positively pregnant with Prince William's baby somewhere beyond her first trimester and was hospitalized today for acute morning sickness. [E!]

-Led Zeppelin living members Robert Plant, Jimmy Page and John Paul Jones were presented a Kennedy Center Honors award by President Obama for their contributions to American culture at the White House, and the band didn't even try to set the joint on fire or ride Harleys through the Oval Office. [NME]

-The L.A. Galaxy won the MLS Cup over the weekend in a tiebreaker for the championship in David Beckham's final game with the team. [NBCLA]

-As speculation about their romance mounts, the internet is convinced Taylor Swift, 22, and One Direction's Harry Styles, 18, are dating since they took a stroll and watched seals yesterday in Central Park. [HuffPo]

-Suge Knight posted bail to get Katt Williams, who pimp slapped a Target clerk last week, out of jail after being arrested in a Seattle bar fight last night wherein he threateningly brandished a pool cue and threw rocks and cigarettes at patrons. [TMZ]