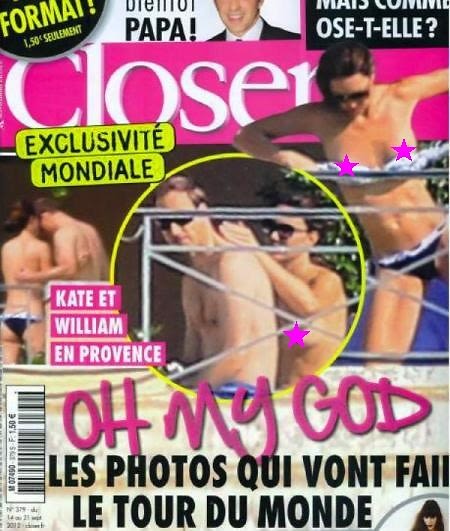 French tabloid Closer published topless photos of Kate Middleton as she sunbathed Euro-style last week while vacationing at some Lord's house in France and the Queen is not pleased. [TMZ]

Yogi swims! Yet another bear was found beating the L.A. heat by taking a dip in a backyard pool yesterday, this time in Granada Hills. [KTLA]

Sorry ladies (and lads of WeHo), but Ryan Gosling is greasing the wheels to propose to girlfriend Eva Mendes and have babies if the National Enquirer is to be believed. [M&C]

Green Day's Billie Joe Armstrong says Bon Jovi is the worst band he's ever toured with and it made me snortle. [NME]

Because the last two seasons weren't painful enough, Vinnie Chase, Ari and the gang are probably reemerging from cable series heaven for the "Entourage" movie as creator Doug Ellin finishes the script. [HuffPo]