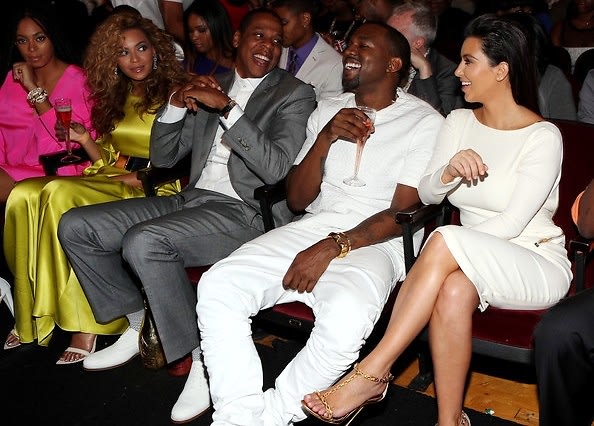 According to an observation of body language at last night's BET Awards, Kim Kardashian and Beyonce are not as close as we might have thought since Jay-Z and Kanye West sat between them at the awards ceremony. [DailyMail]

Anderson Cooper finally spells out in the simplest terms what we've all known for years and publicly comes out of closet:

"The fact is, I'm gay, always have been, always will be, and I couldn’t be any more happy, comfortable with myself, and proud."

Last night a 29-year-old man, whose name has not been released, committed suicide by jumping to his death from the seventh story of a parking structure at The Grove. [KTLA]

Insiders say Katie Holmes is seeking sole custody of her daughter in her divorce from Tom Cruise because she feels it's the only way she could prevent her husband from shipping Suri off to live with a radical extremist Scientology group aboard a cruise ship known as Sea Org. [TMZ]