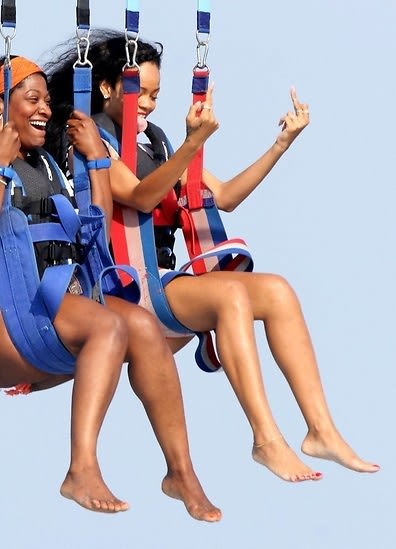 Kristen Stewart offered a public apology via People for cheating on long-time boyfriend Robert Pattinson with her Snow White and the Huntsman director Rupert Sanders, a married father of two, who then followed suit with his own non-apology statement to the mag. [People]

Joined by Princes William and Harry, Kate Middleton played ping pong in a $54 dress from Hobbs at a pre-Olympics sports project launch event in London. [DailyMail]

Lindsay Lohan was in yet another car accident yesterday in Beverly Hills, this time just a very minor fender bender in which she gave a Mustang stopped at a red light a little love tap with her Porsche Panamera. [TMZ]

Rihanna was seen kissing world-class douche Chris Brown in plain sight of guests like Leonardo DiCaprio, Kim Kardashian and Kanye West at some party on a billionaire's yacht in Saint-Tropez. WHYYYYYY??? [NYDN]

Due to a drought in the rest of the nation, expect a 10% to 15% price increase in dairy products and meat at California grocery stores in a few months. [KTLA]

[Rihanna parasailing with a friend in Saint-Tropez via]