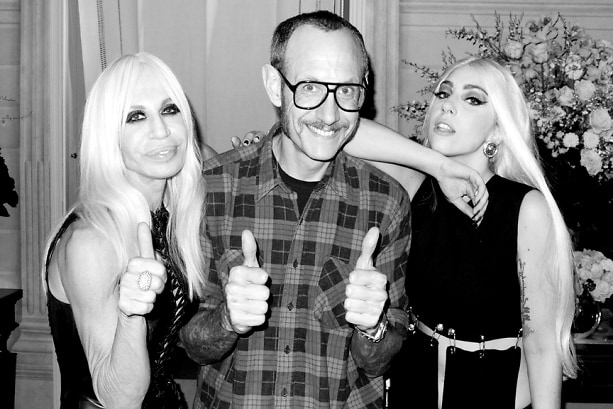 -Terry Richardson, Donatella Versace and a topless Lady Gaga all hung out at the late Gianni Versace's Milan apartment. Don't worry, Uncle Terry documented all the weird for us. [Terry's Diary]

-Chris Brown continues his campaign to be the biggest tool in all the land with the release of a new video in which he drunkenly rambles on about his Rihanna and Karrueche Tran love triangle and asks, "is there such a thing as loving two people?" [TMZ]

-Kanye West is on a break from Twitter, deleting all previous tweets from his account save for one sent yesterday announcing he'll be back soon. Hang tight, guys. [HuffPo]