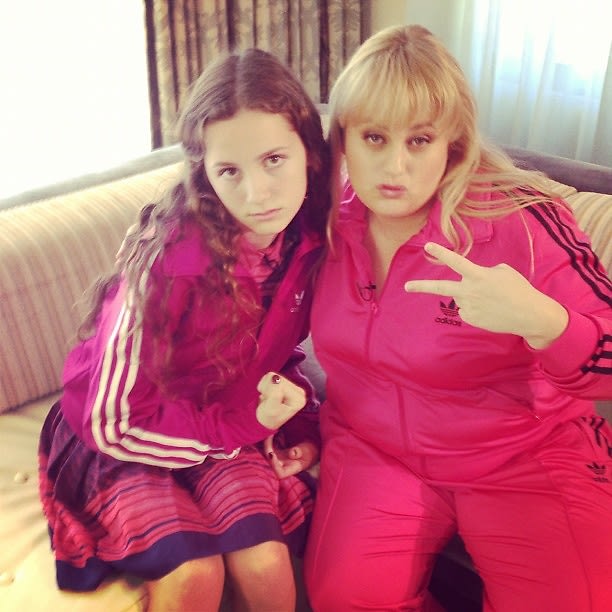 -Per bassist Tim Commerford, Rage Against The Machine may or may not be recording a new album in between his radical schedule of removing his own teeth and lunches in Malibu. [NME]

-A false 911 report of a break-in and shots fired brings cops to Ashton Kutcher's Hollywood Hills home to interview all his house minions for no reason. Just another meaningful day on the job with LAPD. [KABC]

-Watch out, hip hop! Maude Apatow, daughter of Judd Apatow and Leslie Mann, and Rebel Wilson form a rap group in this hilarious video interview for Hello Giggles you should take a few minutes to watch. [HelloGiggles]

-A photo of Chris Brown and Rihanna having a casual date night at Jay-Z's concert in Brooklyn last night spreads like wildfire and prompts Brown to make an official statement that he's split from girlfriend Karrueche Tran and decided to be single. [TMZ]