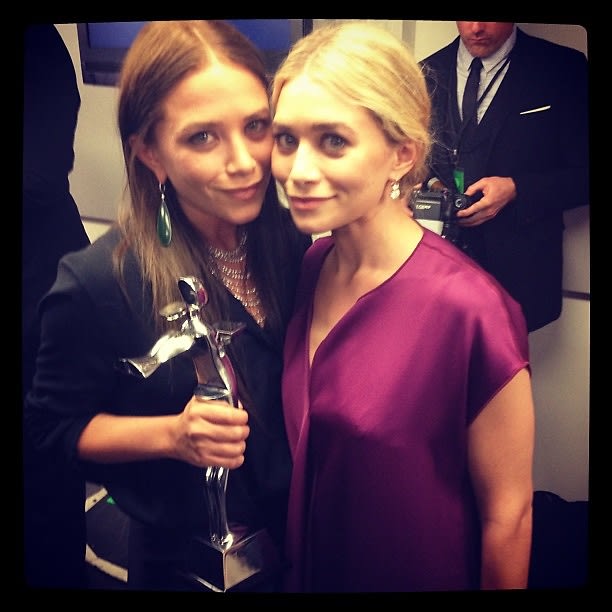 Among the accolades and awards presented at last night's CFDA Awards, Ashley and Mary-Kate Olsen, who made quite a stunning transformation since her Met Gala look and debuted a sleek new brunette 'do, won the 2012 Womenswear Designers of the Year award for their fashion line The Row. [E!]

The dead body of a man washed up to shore on Santa Monica Beach is found early this morning leaving parts of the beach near Neilson Way at Marine Street blocked off for an investigation. [LAT]

Not only do the software engineer interns at Facebook get paid, but their average monthly salary is more than that of most of my college graduate peers with jobs, earning somewhere north of $6,000 a month, plus benefits like iPhones, laptops, gym access, and all three meals of the day. [ABC]

Scout Willis, 20-year-old daughter of Bruce Willis and Demi Moore, gets arrested for alleged underage drinking while sipping on an 8 oz. Pakistani beer in public last night in NYC and then showing the cops a fake a ID. We've all been there, dude. [TMZ]

After Gwyneth Paltrow tweeted "n***as in Paris for real" when she appeared on stage at Jay-Z and Kanye West's Watch The Throne concert in Paris and subsquently triggered an onslaught of outrage for her use of the n-word despite it being the name of the song they played 11 times that night, rapper The-Dream came to her defense claiming he's the one who tweeted it from her phone. [Radar]