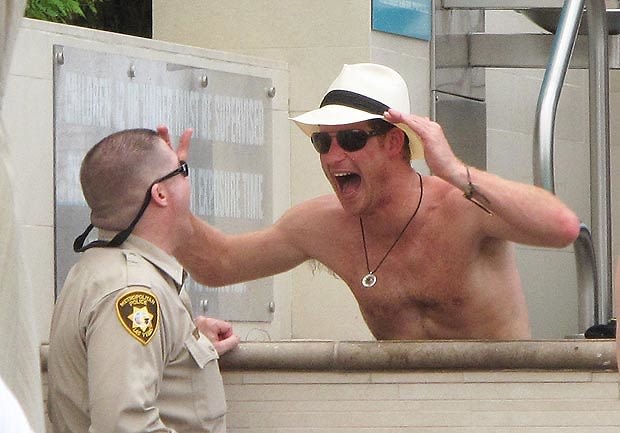 And this is why we love him: fully naked photos of Prince Harry showing off the royal family jewels and bear-hugging random naked chicks during a game of strip billiards in his Las Vegas hotel suite over the weekend have surfaced. This further solidifies his position as our most favorite royal. [TMZ]

A collective sigh of relief that the engagement of Avril Lavigne to Nickelback frontman Chad Kroeger (no clue they were even dating?) means those two are both officially no longer part of the singles community. [OTRC]

JetBlue and Canadian airline WestJet are decreasing the legroom of certain cheap seats in their cattle sections to increase legroom in the more expensive seats towards the front. [KTLA]

He may play an ex-Navy SEAL on TV, but LL Cool J proved he is not to be messed with in real life early this morning when he captured and brought the noise to an intruder who broke into his Studio City home. I'll spare everyone the obvious "mama said knock you out" reference. [DailyNews]