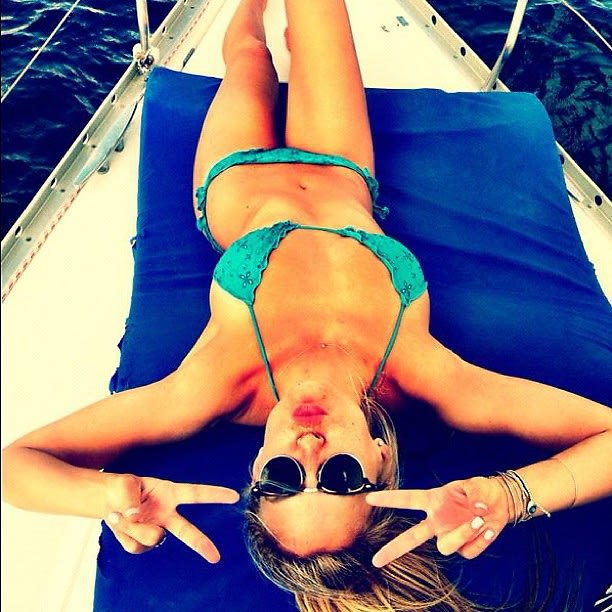 -Nelly is insisting he had no idea there was any such contraband on his tour bus when authorities busted him and his entourage yesterday in Texas after discovering 36 bags of heroin, over 10 POUNDS of weed and a loaded gun on board. Not a clue. [TMZ]

-"With all due respect, that's a bunch of malarkey," replied VP Joe Biden to Paul Ryan in last night's debate. [KTLA]

-Bar Refaeli, the gorgeous model who is sad that men never hit on her, posted some selfies making kissy faces and rocking a bikini. Someone please ask her out on a date. [CB]

-Taryn Manning was arrested at NYC's Dream Hotel yesterday for allegedly kicking and punching her makeup artist in a 5am brawl. [HuffPo]