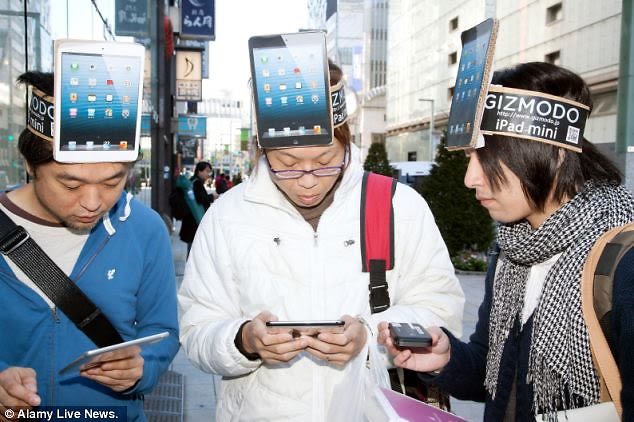 -66% of the UK's population shows symptoms of nomophobia, (AKA moblie phone addiction) a fear of being without one's cellphone that triggers extreme anxiety much like a drug addiction and there are actually rehab facilities for nomophobic treatment. [NBCLA]

-Some feel the three new expensive benches costing north of $3,000 apiece installed as part of the walking path revamp project around Silver Lake and Ivanhoe reservoirs is a waste of useful cash for the community. [KTLA]

-The iPad mini hit Apple store shelves today to much less consumer excitement and hysteria than is typical of Apple product releases. [HuffPo]

-After being mocked for her numerous fleeting dalliances with a slew boyfriends in the opening monologue, Taylor Swift left the 2012 CMA Awards in Nashville trophy-less last night losing all three of the awards for which she was nominated. She'll probably write an album about it. [Radar]

-In response to Donald Trump's challenge to donate $5 million to the charity of Barack Obama's choice if the President releases his college records, Texas mogul Mark Cuban issued his own challenge to the Donald, saying he'll donate up to $2 million to any charity if Trump shaves his head.[TMZ]