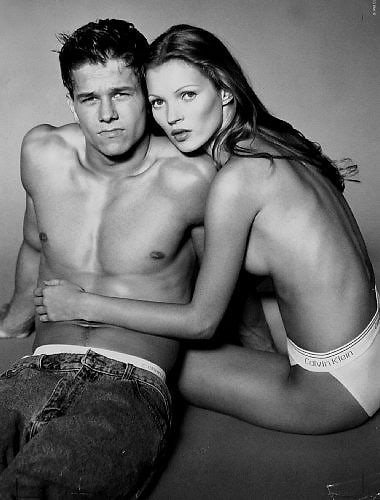 NYC's Mayor Bloomberg is initiating a major crackdown on supersized soda in hopes of passing the country's harshest anti-soda laws with a sweeping proposal to ban the sale of sugary drinks (not including diet sodas) larger than 16 ounces. [KABC]

And here's Mark Wahlberg looking very Marky Mark circa those '90s Calvin Klein undies ads standing on a balcony in Miami wearing only his black manties while getting a spray tan. [Us]

His career may no longer have a pulse but Eddie Murphy still amongst the living, people. Apparently for the third time in as many months, there was a death hoax swirling that the Norbit star was killed in a snowboarding accident in Switzerland. [E!]

According to a new Al Jazeera documentary, one torture tactic to get prisoners of Guantanamo Bay to talk was to force them to wear headphones blasting Sesame Street music for days or until they cracked. [TMZ]

Prince Harry yearns to have children. The gingery, hotter, and way more fun prince told Katie Couric he's just waiting to find a lady who is willing to "take on the job." Call me. [NYDN]