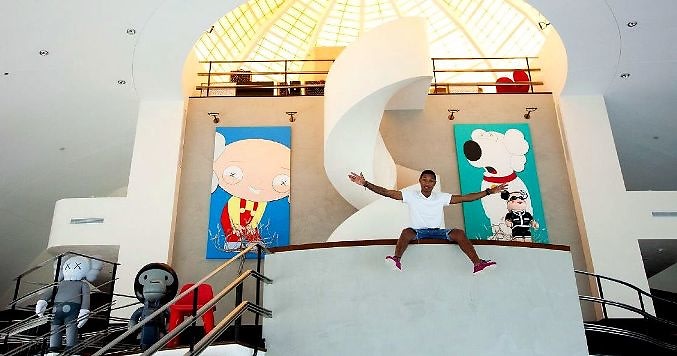 -Take a peek inside Pharrell Williams' 9,000-square-foot Miami penthouse fresh on the market for an asking price of $16.8 million. [NME]

-Southwest Airlines will initiate a new "no-show" penalty fee for passengers who don't cancel tickets before missing flights that is expected to bring in an additional $100 million for the airline next year. [KTLA]

-The Hobbit opened to a record-breaking December weekend, raking in $84.8 million at the box office. [KABC]

-Kate Middleton looked fantastic in a green Alexander McQueen number yesterday in London for her first public appearance since being released from the hospital for morning sickness. [Radar]

-Leonardo DiCaprio, 38, may or may not be dating his Wolf of Wall Street co-star, Aussie actress Margot Robbie, 22. [NY Post via Jezebel]

[Pharrell Williams inside his Miami penthouse via]