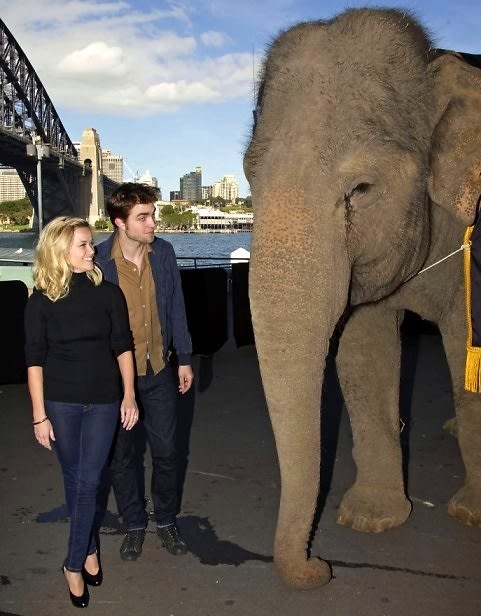 In the wake of the widespread anti-Chick-fil-A movement prompted by the restaurant chain president's comments against same-sex marriage, former GOP presidential candidates Rick Santorum and Mike Huckabee have organized a campaign in support of the restaurant and its stance on the issue by dubbing today "Chick-fil-A Appreciation Day," calling the public to dine and participate in rallies at Chick-fil-A locations across the nation. [KTLA]

Want to see some of the most physically fit, athletically gifted people on the planet weep in public? You're in luck with this photo gallery of crying Olympians. [BuzzFeed]

[Reese Witherspoon, Robert Pattinson with an elephant via]