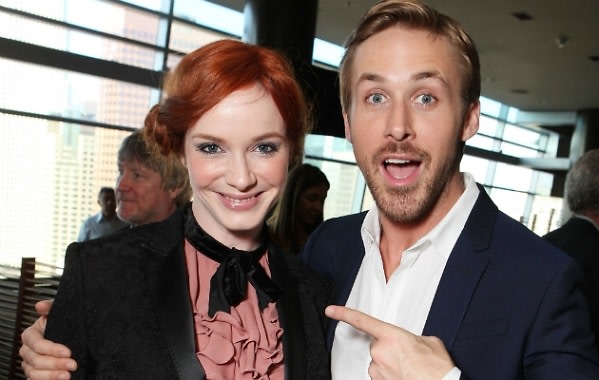 We already know the GOP loves it some strippers, and according to the manager of Tampa, FL strip club Skin Tampa, business has doubled upon the arrival of the ongoing Republican National Convention and says he'd love Mitt Romney to stop by. Open invitation, buddy. [TMZ]

Real life crime-stopping super hero Ryan Gosling will team up with Drive producers Michel Litvak and David Lancaster for his directorial and writing debut, How To Catch A Monster, a fantasy noir feature to star Christina Hendricks. [Deadline]

After their well-publicized struggle to conceive, Giuliana Rancic and Bill Rancic's baby boy Edward Duke is born in Denver via surrogate. Many mazels. [KTLA]

Mayor William Bohlke of Hollywood Park, Texas is killed in an apparent attack by a 500-pound donkey on his ranch. [ABCNews]

LeAnn Rimes rings in her 30th year by checking herself into a 30-day treatment facility to cope with what her camp is calling anxiety and stress, and not issues relating to substance abuse or an eating disorder. [Radar]