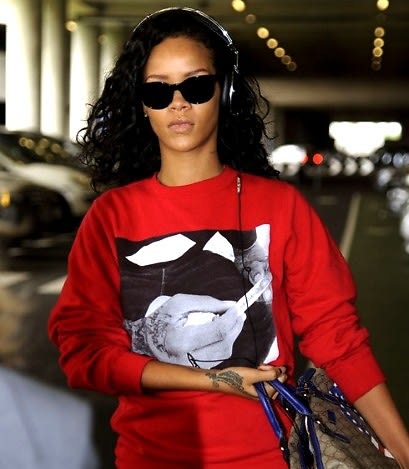 Along with his willingness to bang on camera for real in the sex scenes of the upcoming Lars von Trier film, Shia LaBeouf publicly boasts about how he dropped acid on the set of The Necessary Death of Charlie Countryman to better immerse himself in the role of his character on an acid trip. [HuffPo]

In case you missed it, KTLA's Sky5 chopper was forced to make an emergency landing in a parking lot at Highland and Franklin in Hollywood yesterday evening when the craft began pouring smoke due to an engine malfunction. [KTLA]

Even more drama in Hollywood yesterday evening that shut down Sunset Blvd twice, first when a man began shooting at construction workers from his Cherokee Ave apartment building and again shortly thereafter when cops thought they found explosives in the building. [KABC]

Apparently in addition to the naked photos of Prince Harry from his Vegas hotel room strip billiards escapades, there's also some pretty salacious video of His Royal Gingerness in all his glory from the night being shopped around to the highest bidder. [Radar]

Rihanna wore a sweatshirt with a picture of a joint across the front, a necklace that says "Fuck You," and a Gucci bag to the airport to keep it classy. Hey, at least she wasn't using her bodyguard's head as a surface to roll fatty in public. [The Sun]

[Rihanna wearing her joint sweatshirt at the airport via]