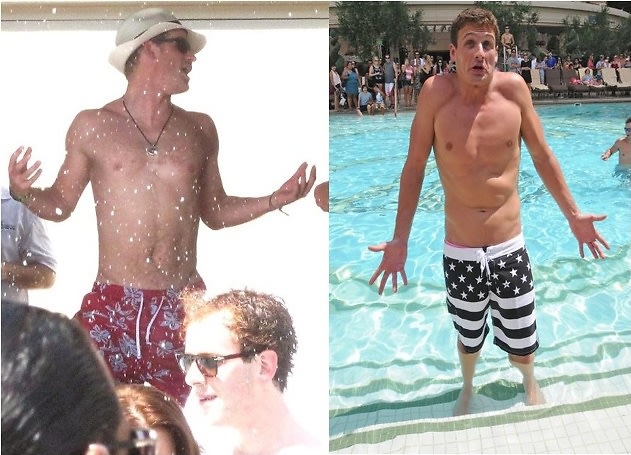 In the wake of His Royal Ginger Highness' naked photo debacle, Ryan Lochte says the impromptu 3am swimming race at the Wynn hotel Prince Harry challenged him to over the weekend in Las Vegas was the "coolest thing" but that he's "kinda happy" he wasn't invited to the 'let's all get naked' after party up in the royal's suite. What a bullshitter. [DailyMail]

Following a recent outbreak of West Nile virus in California, health officials ask that you report any sightings of dead birds around town to the special 1-877-WNV-BIRD hotline to help contain its spread. [KTLA]

Ummm? I'm sorry, do butthurt New York state senators not have better things to do than demand apologies from Lil Wayne for telling MTV he straight up does not like NYC? [TMZ]

Peggy Olson got her hair did! Elisabeth Moss is rocking a new a blonde pixie-style 'do. We approve. [People]

[Prince Harry in via, Ryan Lochte via both in Las Vegas last weekend]