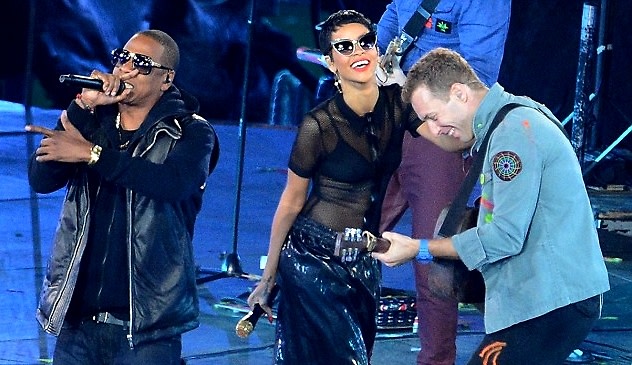 Coldplay, Rihanna and Jay-Z each brought the house down at the closing ceremony of the London 2012 Paralymics and joined together for a performance of Jigga's "Run This Town." [NME]

The Taliban is reportedly creating bogus Facebook profiles they are using to pose as hot chicks friending Australian soldiers to gather operations information such as current locations from geo-tagging. [KTLA] Also, the Taliban has declared its "Harry Operations" mission to kidnap or kill Prince Harry who just last week began a four-mouth tour in Afghanistan as a helicopter pilot in the British military. [TMZ]

The Inland Empire is officially characterized by an overwhelming foul odor similar to that of rotten eggs. [KABC]

All-around awesome dude Jon Hamm may not believe in wearing undies as he appears have gone commando during a weekend shopping trip to Barney's where his unrestrained package is very visible in his chinos. [The Superficial via Jezebel]