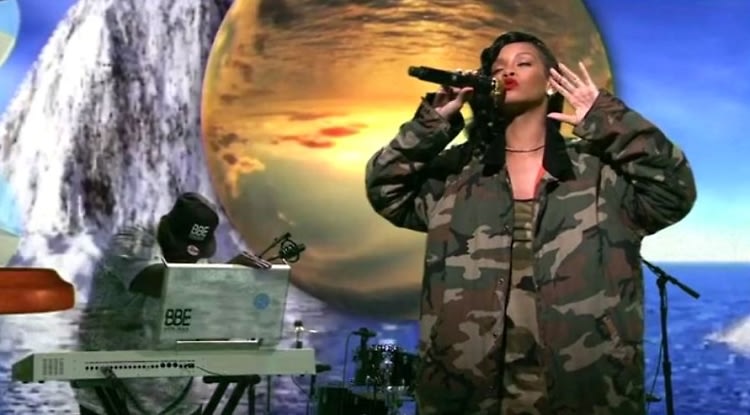 -Tumblr video artists like Jerome LOL and seapunks are pissed at Rihanna for totally ripping off their style with the green screen visual effects for her performance of "Diamonds" on "Saturday Night Live" over the weekend. [Buzzfeed]

-Puppeteer Kevin Clash, famous for providing the voice of Sesame Street's Elmo, has taken a leave of absence amid allegations (which he denies) of a sexual relationship with a 16-year-old boy seven years ago when Clash was 45. [TMZ]

-While temperature highs are expected to hit 80 degrees in the next few days, freezing warnings and wind advisories have also been issued for SoCal as morning lows bring in sub-freezing temperatures... I have no answers. [KABC]

-When asked about the featured lyric, "My pussy tastes like Pepsi Cola," from the "Cola" track on her upcoming Born To Die — The Paradise Edition album, Lana Del Rey explained it's something her Scottish boyfriend Barrie-James O'Neill tells her. [NME]

[Rihanna performing "Diamonds" on SNL via]