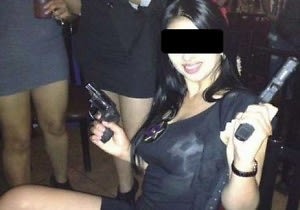 Admitting that they're unable to meet payroll, San Bernardino becomes the third California city this month to file for bankruptcy protection. The City Attorney admits that 13 of the last 16 budgets presented to the mayor and city council were falsified to intentionally understate the situation. [LAT]

LAPD and West Hollywood Sheriffs shut down Fountain Avenue for hours yesterday as a badly decomposed body was found in a building in the 7000 block. No official word yet if there's a connection to the body found in an Escalade parked nearby last month. [LAist]

I'm probably the only one who considers this to be bad news, but Steve Nash arrived at LAX and is ready to sign his contract and "get to work." If he, Kobe and Bynum can click, or if the Lakers somehow are able to trade for Dwight Howard, I might have to stop following basketball. [TMZ]