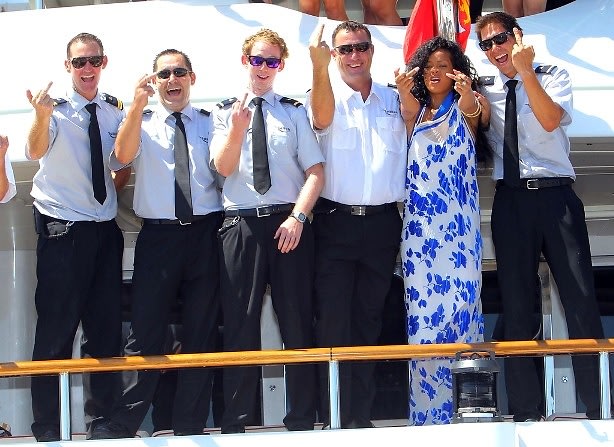 Spectators of the Olympic games in London are asked to cool it with texting and tweeting during events as it has been overloading the data network system and interfering with live TV coverage of the competitions. [HuffPo]

Police reported to the yacht Rihanna's been partying on in the French and Italian Mediterranean for making too much noise and ended up joining her posse for a drink on board. [JustJared]

Following last week's bombshell revelation of Kristen Stewart and her married Snow White and the Huntsman director Rupert Sanders' affair, over the weekend moving vans were spotted outside Robert Pattinson's Los Feliz home which he shared with the actress. [E!]

[Rihanna bids adieu to her "Latitude" yacht crew in Antibes, France via]