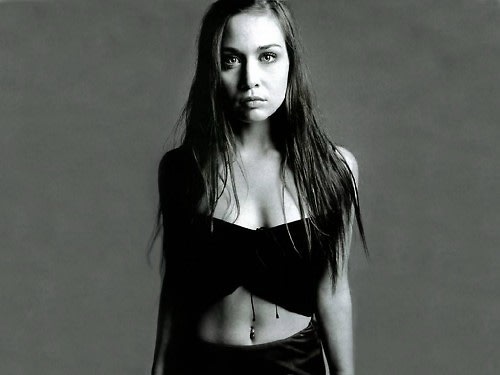 Last week we saw the violent mom rumble at their children's preschool graduation, and today we have a new video capturing two groups of women erupting into an early morning hour belligerent brawl at--wait for it--Denny's. DENNY'S. You stay classy, ladies. [KABC]

After a seven-year hiatus, Fiona Apple's highly anticipated new album The Idler Wheel Is Wiser Than the Driver of the Screw and Whipping Cords Will Serve You More Than Ropes Will Ever Do finally dropped today and the critics (yes, even the snobs at Pitchfork) unanimously agree it's pretty damn good, if not her best yet. [HuffPo]

Shia LaBeouf gives full frontal, paints on Denna Thomsen's nipples, stares at dead butterflies, dances around in pantyhose, eats an LSD lollipop and so much more for over eight and a half minutes in the truly bizarre new Sigur Rós music video for "Fjögur Píano." [Slate]

In spite of last week's unbelievable bottle-launching nightclub fight in NYC that sent several people to the hospital, last night at a D.C. nightclub Drake ordered roughly 40 bottles of expensive booze for himself and his posse which included J Cole. [TMZ]

Troubled Terminator 3 star Nick Stahl is once again missing after checking himself out of rehab last week. [E!]