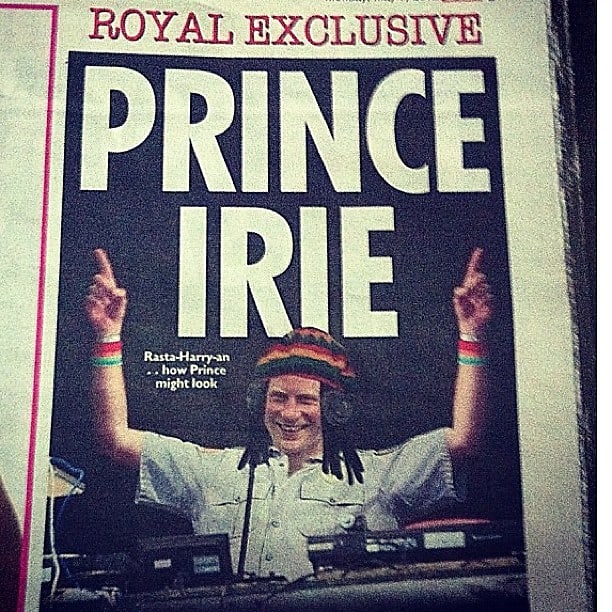 Our dear Mayor Villaraigosa is seeking major hikes in L.A. parking ticket fines for the sixth time in his seven-year term, many with a $10 increase, as well as a $78 street-sweeping penalty, from which the city would collect roughly $40 million more in parking violations than his first year in office if passed. [KTLA]

DJ Prince Harry be gettin' irie, mon. But seriously, the cooler British Prince has been way into reggae music since his trip to Jamaica a couple of months ago and been learning to mix reggae records on vinyl. [The Sun]

Beloved children's author of Where The Wild Things Are, Maurice Sendak, dies of an apparent stroke at age 83. [KABC]

Behold, the very first photos of Jackson Theron, the downright adorable baby boy Charlize Theron adopted back in March, as he made his debut to the world with his mom yesterday at LAX. [HuffPo]

John Travolta of course denies the allegations of a male masseur who has filed a sexual assault and battery lawsuit against him which claims the actor grabbed the masseur's penis and then masturbated. [TMZ]

[Prince Irie, AKA Rasta-Harry-an AKA Prince Harry photo via @samiralarouci]