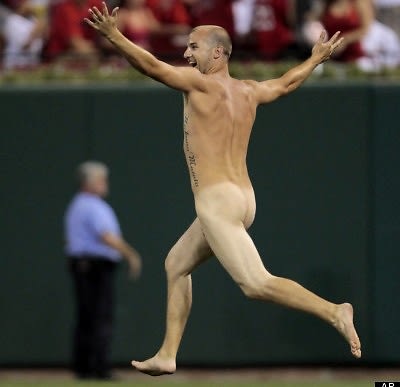 After apparently losing a bet, Collin Grundstrom, 22, goes streaking in the middle of a Cardinals-Phillies MLB game last night, rushing the field at Busch Stadium in St. Louis stark naked before the seventh inning before being mauled by security. [HuffPo]

LAPD is cranking up the effort to keep L.A. drivers safe on the roads this Memorial Day holiday weekend with extra patrols on the lookout for drunk drivers and various DUI checkpoints throughout the city. [DailyNews]