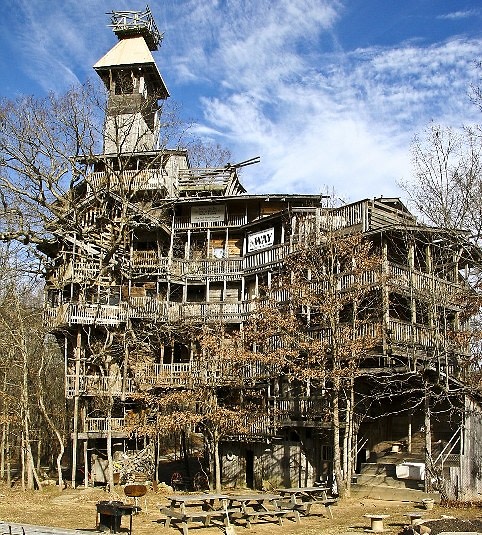 Standing at a whopping 10 stories high and at 10,000 square feet, meet the world's tallest treehouse in Crossville, Tennessee which the builder claims was a project commissioned by God. Because God loves treehouses, too, duh! [DailyMail]

ATTENTION LADIES--THIS IS MAJOR: Adam Levine and his smoke-show of a girlfriend of two years Anne V are apparently over, no mas. According to reports, that hot bitch history and he is on the market. [Radar]

In the wake of the Jason Russell naked meltdown debacle, non-profit Invisible Children will premiere a sequel to its super-viral controversial video tomorrow with "Kony 2012: Part II," set to include some more information on their scheduled 'Cover The Night' event taking place later this month. [KTLA]

Watch out, zombies; California Highway Patrol kicks off a month-long crack down on "zombie" drivers AKA distracted motorists who drive like zombies because they're texting or yammering away on the phone for the second annual National Distracted Driving Awareness month. [KTLA]